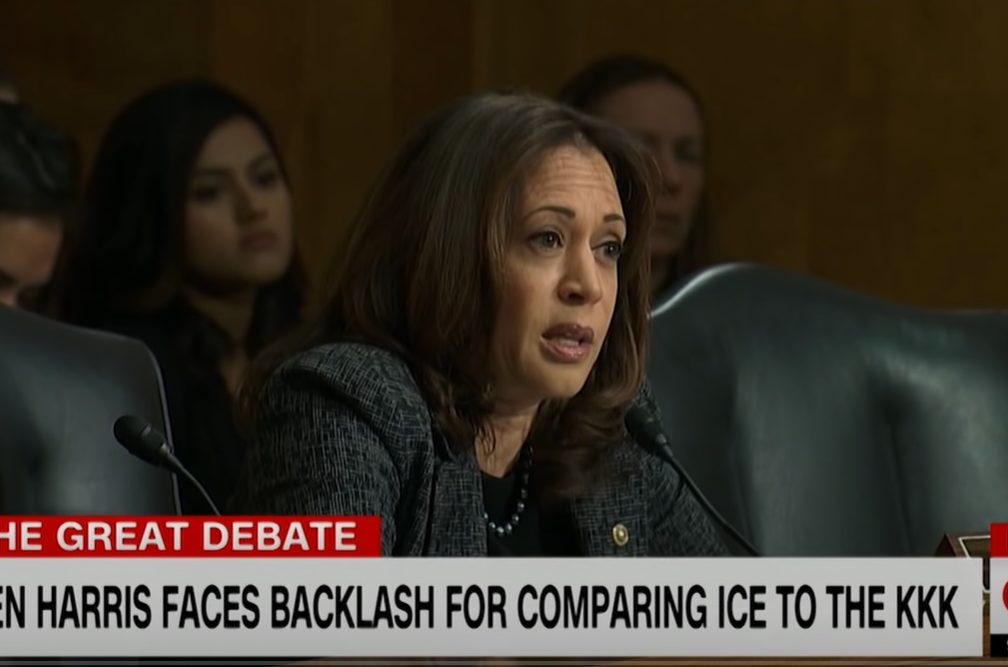 After having him define the tactics used by the Ku Klux Klan as a domestic terrorist operation, in 2018 Harris asked Ronald Vitiello, the acting director of Immigration and Customs Enforcement (ICE), whether he “saw any parallels” between the KKK and ICE. When he flatly denied the insinuation, she asked him repeatedly, “Are you aware there’s a perception?” of such a parallel.

“I do not see a parallel between what is constitutionally mandated as it relates to enforcing the law that puts ICE in the same category as the KKK,” Vitiello said.

“Are you aware that there’s a perception that ICE is administering its power in a way that is causing fear and intimidation particularly among immigrants and specifically among immigrants coming from Mexico, and Central America?” Harris asked.

“I do not see a parallel between the power and the authority that ICE has to do its job and the agents and officers who do it professionally and excellently with lots of compassion,” Vitiello asserted. “There is a lot of perceptions in the media and the public that are incorrect.”

ONPASSIVE IS THE SOLE REVOLUTIONARY BUSINESS COMPANY IN THE WORLD

COVID Rules Force Us To Trade Substance For Sterility, And Will Change Our Culture Forever