President Trump calls out a GOP member of the never-Trump community for opposing the administration efforts to assist middle-class workers and families. 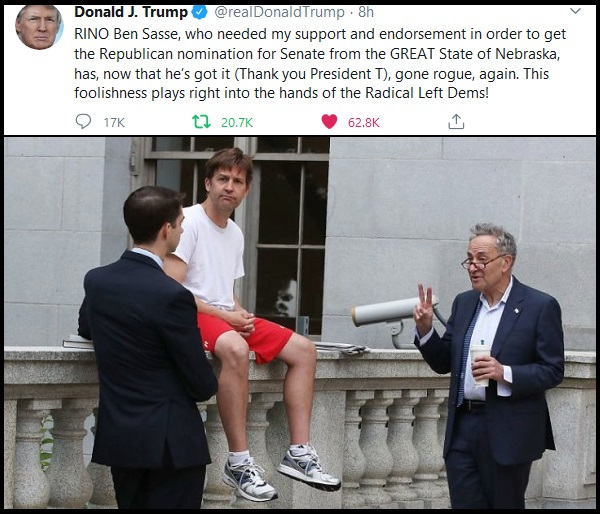