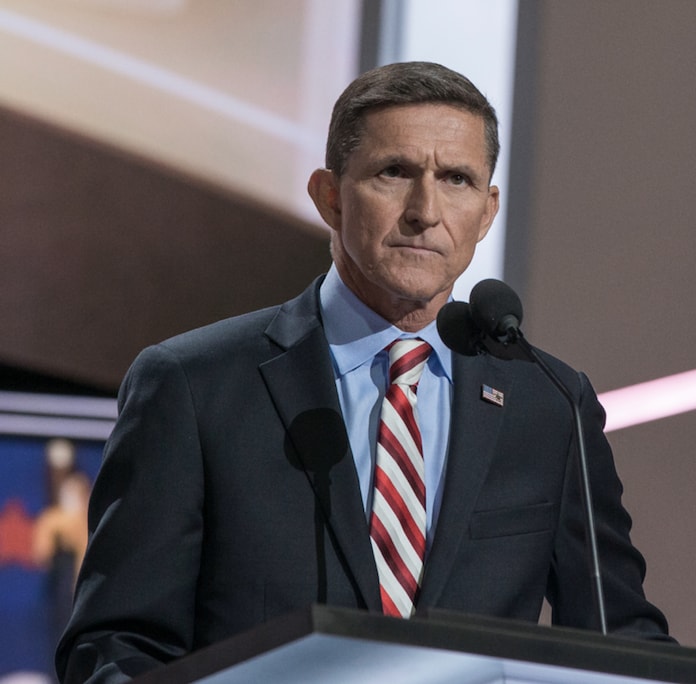 The decision to drop the case against Flynn was initiated by his defense lawyer Sidney Powell and the Department of Justice under Attorney General William Barr, who stated that the overwhelming evidence reveals that Flynn is not guilty of the crimes he was accused of by former Special Counsel Robert Mueller’s prosecutors.

The FBI conducted a surprise interview on Flynn in January, 2017 at the White House. That interview became the impetus to remove him from his White House position and later would lead to charges in which Flynn pleaded guilty. Flynn has stated that he only pleaded guilty after being strong armed by the prosecution, which threatened to drag his son, Michael Flynn Jr., into the legal mess. Flynn was also facing millions of dollars of mounting debt in his nearly three year defense.

He replaced his previous defense team with Powell, who has been fighting over the past year for his freedom. The FBI officials who interviewed Flynn at the White House regarding his communications with former Russian Ambassador Sergey Kislyak did not believe he was lying according to documents discovered by Powell.

A series of documents were withheld from Flynn’s defense team, which Powell argued was exculpatory evidence that would have changed the tide of the case against her client.

The case has been an American saga with many ups and downs and today’s hearing before the 10 judge panel is the most important. The judges will decide whether Sullivan should dismiss the case as determined by Attorney General Barr.