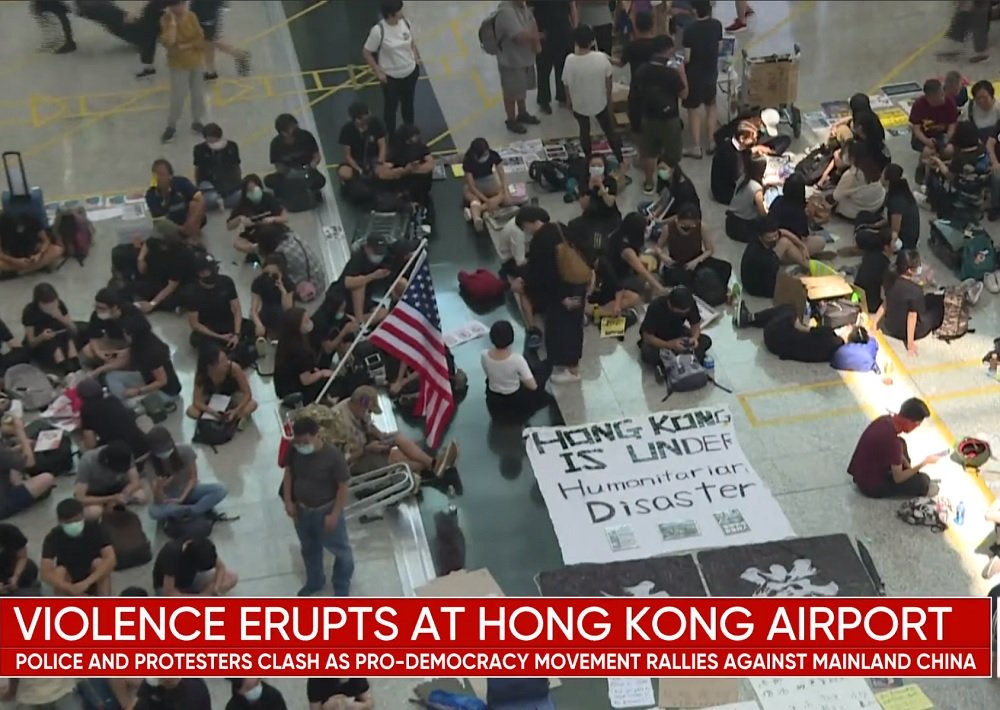 Sarah Jeong, an American opinion writer for The Verge and The New York Times, made striking comparisons last week between the United States and China in a Verge column critical of President Donald Trump’s animosity towards the video-sharing app TikTok.

“The US Declared War On TikTok Because It Can’t Handle The Truth,” says the article’s headline. Jeong goes on to draw a false equivalency between Facebook’s collection of data with TikTok’s, although TikTok’s is sent to a Chinese Communist Party ramping up an aggressive foreign policy.

Jeong continues, drawing far-fetched comparisons in which the absence of critical context not only disservices the readers, but signals either a fundamental misunderstanding of domestic issues or a malicious attempt to manipulate the facts to promote an anti-Trump agenda at the cost of convincing readers America is no better than its oppressive adversary. Given Jeong’s history at the Times, it’s probably the latter.

In 2020, this is becoming a genuinely difficult question to answer. China is detaining over a million Uighurs in internment camps, citing nation security issues. The United States detains migrants in its own internment camps, even going as far as to place children in cages. China is not a democracy; the American president has proposed to unconstitutionally delay this year’s election. China brutally represses its political dissidents; in America, law enforcement in military camouflage have grabbed protestors off the streets and shoved them into unmarked vans.

Earlier this summer, the American president decided to tweet ‘when the looting starts, the shooting starts’ in response to mass protests – only a few days before the anniversary of the Tiananmen Square massacre.

To start, the migrants held in camps along the border made a deliberate choice to try to enter the United States illegally. They are given food, shelter, education, and medical treatment paid by the citizens of the country whose sovereign laws they have broken. The Uighur Muslims forced into Chinese labor camps, on the other hand, are an entire population who already called northern China home, and are reportedly subject to torture and forced labor, neither of which are even close to true of the foreigners who attempted to illegally enter the United States.

When discussing the two nations’ electoral differences, Jeong attempts to equivocate Trump’s possibly trolling suggestion that the November contest be postponed to allow states to develop processes to protect the integrity of the ballot box. Trump’s idea was immediately rejected by leaders of his own party. Even if it wasn’t, one could hardly make the case that U.S. elections, in which citizens hold civil, regular, and frequent referendums on those in power, rise anywhere close to the level of Chinese authoritarianism, in which elections do not mean anything but a propaganda tool.

Jeong is far from the only one to make the dubious comparisons between elections run by authoritarian regimes and the recommendation that U.S. states be given more time to bulletproof mail-in voting less than 100 days from Nov. 3.

Belarus looking like a dry run for the US elections in November. I’m sure Trump will be on the phone to Lukashenko asking for tips tomorrow a.m.

Third and perhaps the most importantly, Jeong draws an equivalence between how China and the U.S. crack down on political dissent. Yet if U.S. tactics resembled anything close to the CCP’s, then Jeong would be in jail, possibly for life, denied her rights to a fair trial, among others.

Jeong claims the Trump administration’s deployment of federal agents to restore public safety to cities descending into anarchy is on par with how the Chinese handle civil unrest. She even invoked the infamous 1989 protests of Tiananmen Square, in which the Chinese government invoked martial law and violently cracked down on the demonstrators with weapons and tanks, killing thousands. Meanwhile, facing rioters destroying neighborhoods and holding federal property under siege, local and federal law enforcement deployed tear gas to disperse crowds when activities spiraled out of control firing mortar-style fireworks at police and using lasers that can cause permanent blindness.

All of these rioters will be given their day in court. All of them who need one will be appointed a defender at public expense. They will be judged according to laws and their actions to independently protect private property and lives, rather than according to their internal adherence to totalitarian ideology. None of this is at all remotely the same.

The United States and China are nowhere close to morally equivalent. In recent months, the Chinese Communist Party passed a new “security law” that it claims extends to Hong Kong and foreign nationals. The law criminalizes criticism of the CCP and those charged face life in prison. In contrast, Jeong is free to essentially write Chinese propaganda against her own country, the United States, and face no U.S. government sanctions for it whatsoever.

Just this week, Chinese authorities arrested pro-democracy Hong Kong media tycoon Jimmy Lai and raided the offices of his newspaper under the new Chinese law. Lai’s two sons were also arrested along with four employees. Hong Kong democracy activist Agnes Chow was also arrested, and faces a grim fate that’s probably worse than death. Unlike the U.S. rioters, these people were arrested for their speech, not for violent assaults against property and persons.

To compare U.S. attempts to stop violent protestors terrorizing the nation’s cities to the Chinese Communist Party’s dystopian crackdown on political opponents is absurd extremism at best. If the U.S. were like China (and thank God it isn’t), Jeong would be rotting in a jail cell without due process for uttering the slightest government criticism.