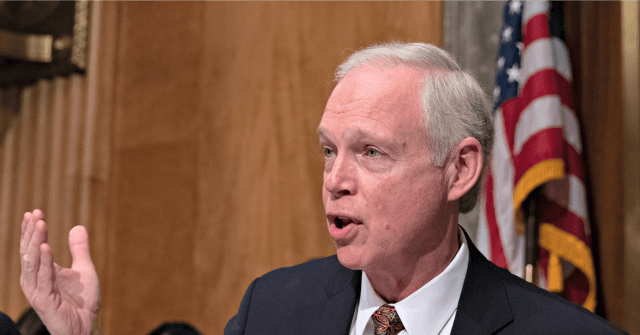 Google manipulates search results for those “investigating politics,” Johnson said. “They’ll send you to everything positive about Joe Biden and everything negative about Donald Trump.”

“[Google’s] manipulation can be powerful,” Johnson added, “and then, of course, what they’re doing with other search results, which is why Breitbart’s results are down so low. It’s obvious that they have political bias.”

Johnson wrote of Google’s suppression of Breitbart News in a letter he co-authored with Sen. Mike Lee (R-UT) to Google CEO Sundar Pichai on Thursday regarding:

Conservative outlets have continued to face diminished search results n Google. Breitbart News’ editor-in-chief Alex Marlow said during an interview last week that Google was limiting exposure of Breitbart news in Google searches, so much s that Breitbart’s visibility index is down 99.7% since 2016 and overall their Google traffic is down nearly two-thirds.

Johnson and Lee requested “assurances” from Pichai that Google would “not allow any sort of electioneering or use of politically-biased algorithms on its platform” given the company’s power over the global flow of information.

Your company wields a considerable amount of power. We need assurances that you will not allow any sort of electioneering or use of politically-biased algorithms on your platform.

Pichai’s denial of Google’s political shaping of its services is “laughable,” Johnson determined.

Johnson warned, “It should concern all of us [that Google is] completely being partisan and supporting Democrats, and it’s scary.”