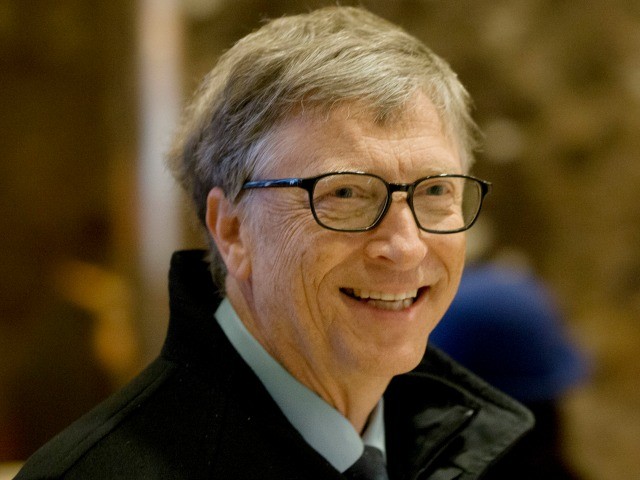 Sunday on CNN’s “Fareed Zakaria GPS,” Microsoft founder and billionaire philanthropist Bill Gates said the Trump administration’s coronavirus pandemic response was “mind-blowing that because you can’t get the federal government to improve the testing.”

Zakaria asked, “How do you explain the fact that the richest country on earth, that spends per capita maybe two to three times as much on health care as all the other rich countries in the world, seems to be kind of at the bottom of the pile of the advanced countries in the world in being able to handle this pandemic, what would be your answer?”

Gates replied, “Well, it took a number of mistakes. And I wouldn’t have predicted that we would do so poorly. You know, our Center for Disease Control is the best group of epidemiologists in the world. In fact, everyone relies on them.”

He continued, “But a variety of missteps by the U.S. and then the political atmosphere meant that we didn’t get our testing going. You know, it’s nonsense that any sort of travel ban we did was at all beneficial. That, you know, doesn’t pass the common sense test in terms of the waves of people that  U.S. citizens that were allowed to keep coming in. And now, you know, we executed our lockdowns less nationwide and with less fidelity than other countries. So, we’re paying a pretty dramatic price, and not just in deaths. We also pay it in terms of the economic toll, which is up in the trillions.”

Gates added, “Our testing, of course, to this day, it’s mind-blowing that because you can’t get the federal government to improve the testing because they just want to say how great it is. You know, I’ve said to them, look, have a CDC website that prioritizes who gets website. That’s trivial to do. They won’t pay attention to that. I’ve said, don’t reimburse any tests, so the result goes back after three days. You’re paying billion dollars in to get the worst test results of any country in the world. You’ve created this incentive for the commercial guys to have long lines because you do not want to waste government money. You pay as much for the late result as the timely result. No other country has this testing insanity because they won’t talk about fixing it because they’re —you know, they think they need to just keep acting like they’ve done a competent job.”