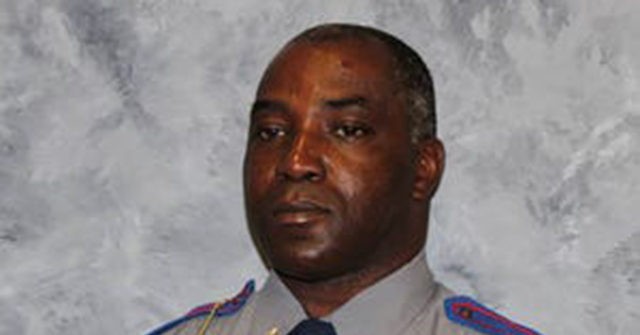 Three men suspected to be involved in the shooting death of an off-duty Mississippi Highway Patrol Trooper on Friday have been arrested and are now in custody.

Later on Saturday, Jefferson County Sheriff James Bailey Jr. said a third suspect in Mississippi surrendered to authorities in connection with the case.

The Mississippi Bureau of Investigation has not yet revealed the identities of the suspects.

Lt. Troy Morris was on the clock at his second job as a mail truck driver for the U.S. Postal Service early Friday morning when he called the Jefferson County Sheriff’s Office and the Mississippi Highway Patrol (MHP) after his truck got a flat tire on U.S. 61.

But before help arrived, Morris was shot and killed inside his truck.

Morris worked for the postal service for 16 years, and the MHP for 27 years, WLBT reported.

“Troy Morris was acting as a highway contractor transporting U.S. Mail, and was killed during the official acts of his duties, which brings him into federal jurisdiction,” said Postal Inspector Tony Robinson.

A team of law enforcement agencies investigated tips and leads from witnesses, even offering a $108,000 reward through Mississippi Crime Stoppers and the U.S. Postal Service.

Shortly after the trooper’s death, state leaders offered their condolences on social media.

“My prayers are with the loved ones of Lt. Troy Morris, who was senselessly shot and killed this morning in Jefferson County. I hope the individual responsible for such an unforgivable act is swiftly brought to justice,” wrote Rep. Steven Palazzo (R-MS) on Facebook.

Lt. Gov. Delbert Hosemann said Morris was one year away from retirement.