Do not misinterpret anger for defeatism.  Truth is the fuel for cold anger, and it’s time everyone begins accepting some painful truths.

….The process of opposition against Donald Trump is a continuum.

Those who use DC for influence and affluence control the mechanisms within the self-actuating system. This includes both Democrats and Republicans as they both feed from the same trough.  In the effort to remove Donald Trump, both wings of the uniparty bird were aligned with an identical purpose; Democrats carrying out their effort openly, and the republican elements operating covertly as to retain the DC premise.

Specifically, one of the common flaws that many make is thinking the Mueller special counsel was an outcome of an action by President Trump when he fired former FBI Director James Comey.  This is false.  The special counsel process was a continuum in the effort to remove the threat that Donald Trump represented back in the early primary days of 2016.  The system, writ large, was aligned with this purpose. 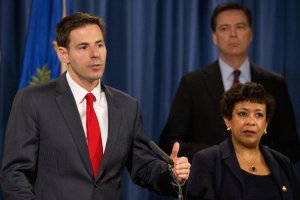 In October 2016 Deputy Attorney General John Carlin, in charge of the National Security Division of the DOJ bailed out of the effort after misleading the FISA court on their surveillance activity and setting up the introduction of the FISA warrant against Carter Page.  Carlin was replaced by a more committed traveler/ideologue named Mary McCord.

With Mary McCord in place to continue the DOJ-NSD aspects to the resistance and removal effort, the DOJ and FBI simply continued the process after the November 2016 election.  Internally all of the officials, essentially lawyers, within the DOJ-NSD were carrying out the removal objective and cleverly attempting to cover their tracks.

Everyone knew what Ohr’s mission was.  Anyone today, like Sally Yates, who claims they had no idea what the #4 official was doing is simply lying.  That is part of the plausible deniability part. It was set up that way.  Everyone knew what to expect, everyone knew the goals and objectives and every part of the process was compartmentalized to create these functional denials in case anything went sideways; or if the objective failed.

Andrew Weissmann was inside this DOJ-NSD system and he was a primary participant in transferring the spygate operation into the special counsel.  Again, it’s one long continuum.  Tashina Gauhar was the internal tool who had the objective to facilitate the effort and block any DOJ leadership effort that might disrupt the goal.  She too did her job very well.

This is where it must be accepted the DOJ-NSD was the legal side of the usurpation effort.  Everyone at the top three levels inside the system was participating.  Some of them are still there despite the primary agents leaving.

The special counsel then became the continuation of the process.  Once in place it was the special counsel who ran the show from Main Justice.  Additional operatives were brought in to coordinate the plan.  Pictured group below: 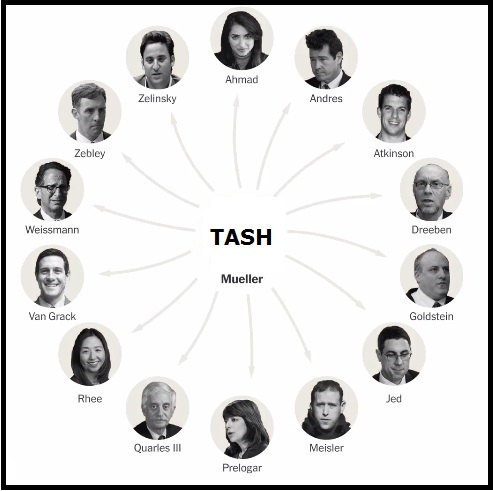 No action took place inside Main Justice that was not controlled by this group. Nothing.

This is critical because too many people have failed to accept that any information released from Main Justice was purposefully released as part of a strategy.  An example of that control is the release of the Carter Page FISA application in July 2018.  This is the group who released it.

When ever anyone was asking who was redacting the Lisa Page and Peter Strzok text messages, it was this group.  They also removed some.

This group also controlled what Inspector General Michael Horowitz was allowed to review as part of any of his investigative inquiries.  Everything was labeled as part of the special counsel investigation…. that’s how they justified and got away with it.

Simultaneously this group was leaking to their friends and allies in the media to frame narratives beneficial to their effort.  The media were willing to assist their friends; and indeed, they are friends.  They run in the same circles, attend the same parties, go to the same functions and meet both personally and professionally.  This is the network. 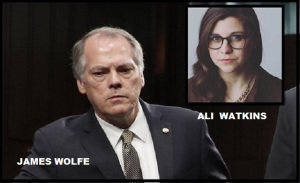 To understand or expose the largest part of the corruption that exists within DC you need a thread, a fulcrum example to share that exposes how this allied network operates. That example is best evidenced, irrefutably, within the story of how Senate Select Committee on Intelligence Security Director James Wolfe was caught facilitating the objectives.

Immediately the special counsel group formed an attack plan because the outcome of Dugan’s investigation was toxic to their interests in the early part of 2018.   The special counsel stripped the investigative file of the details damaging to their ongoing corrupt effort.  They could not allow the public to know the FISA application was in the hands of their media allies since March of 2017.  This story cuts to the heart of corrupt activity.

What the special counsel team did in order to protect their activity is incredible.  Only someone as arrogant and Machiavellian as Andrew Weissmann could have planned to carry out this scheme.   That’s why he is currently attacking – it’s fear.

The background of the Wolfe story is the thread that lays the corrupt special counsel activity naked to sunlight; and the Wolfe story exposes just how the process from early 2016 all the way through the impeachment effort of August 2019 was put together.  The ramifications are so significant that when you become aware of the Wolfe story everything reconciles.

Nothing is circumstantial, everything is exposed with direct evidence sworn under oath and subject to perjury.   Dig this story hard and everything reconciles.

….And, worst of all, none of it could have been carried out if there was not someone very close to President Trump, someone very much participating with the effort, who was whispering in his ear about making appointments that were specifically designed to allow the effort to continue.

Who recommended ODNI Coats? Who recommended DOJ-NSD head lawyer Michael Atkinson, the top FISA review authority and counsel to the head of the NSD, transfer from the NSD to become Intelligence Community Inspector General? Both recommendations had purpose; look at what ICIG Atkinson did with NSC operative Alexander Vindman? These internal actions were not accidental.

…and believe me DC is petrified of that story. 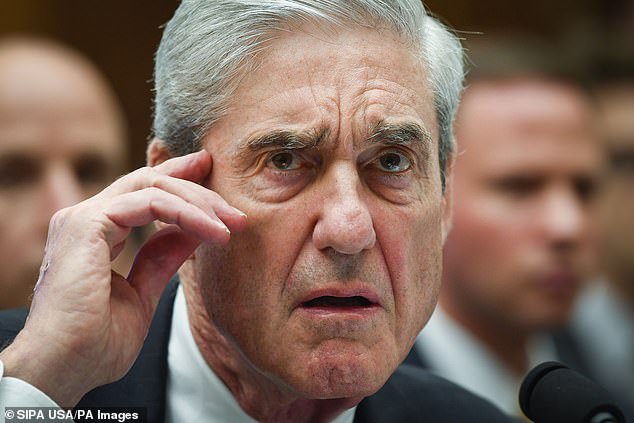