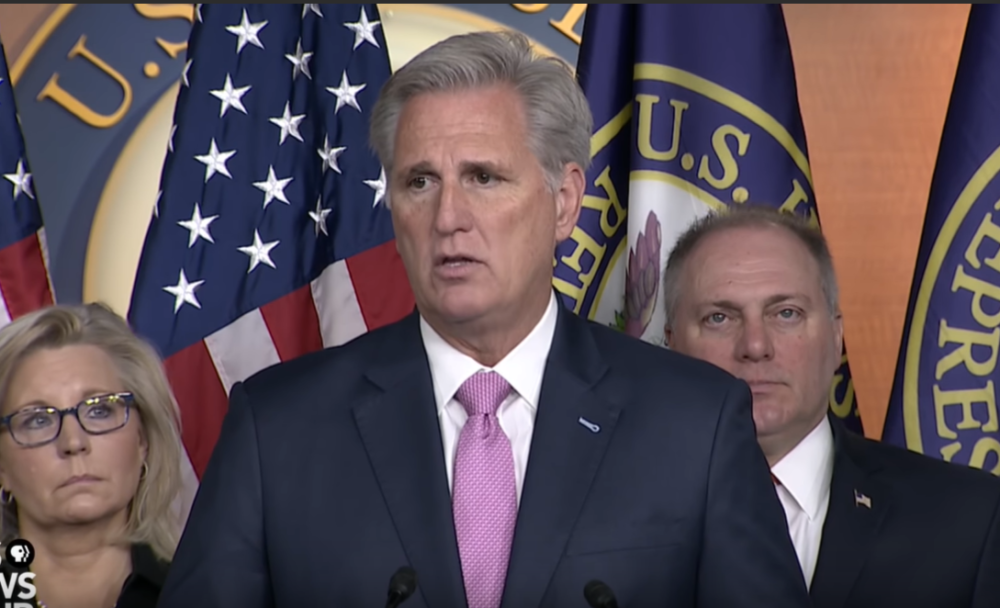 House Republicans pledged Friday to appeal a federal judge’s decision to dismiss a lawsuit that sought to invalidate House rules allowing for proxy voting under the Wuhan coronavirus pandemic.

Judge Rudolph Contreras ruled that the issue over House rules was purely a legislative one, and outside the jurisdiction of federal courts.

“The Court can conceive of few other actions, besides actually debating, speaking, or voting, that could be more accurately be described as ‘legislative’ than the regulation of how votes may be cast,” Contreras wrote Thursday. Contreras is a federal district judge appointed by President Barack Obama.

The lawsuit, brought by House Minority Leader Kevin McCarthy of California and signed by 161 Republican House lawmakers, contended that the Democratic rules allowing members to vote remotely was unconstitutional and upended more than 230 years of precedent.

“In the 231-year existence of the United States Congress, neither the House of Representatives nor the Senate has ever permitted a member to vote by proxy from the floor of the chamber,” the lawsuit read. “Through the Civil War; through the burning of the Capitol during the War of 1812 and the terrorist attack on Washington on 9/11; and through the Yellow Fever Epidemic of 1793 and the Spanish Flu Pandemic of 1918, the Congress of the United States has never before flinched from its constitutional duty to assemble at the Nation’s Capital and conduct the People’s business in times of national peril.”

Republicans argued that a clear and honest reading of the Constitution provides that the nation’s assembly must actually assemble.

House Democrats rushed passage of the new rules anyway in May which have since then featured lawmakers voting by boat or delegating their elected duties to other members of the lower chamber so they could enjoy the sights of a historic space launch, despite citing fears of contracting the coronavirus as the reason for their absence in Washington.

“As elected officials, we are here to serve as the voice of our constituents in Congress. That honor was violated when House Democrats moved forwards with an unconstitutional and unprecedented vote to allow members to vote by proxy,” McCarthy said in a statement following Thursday night’s decision. “Yesterday’s decision will not deter us from continuing to work to protect the voice and representation of the American people… House Republicans look forward to appealing this decision.”