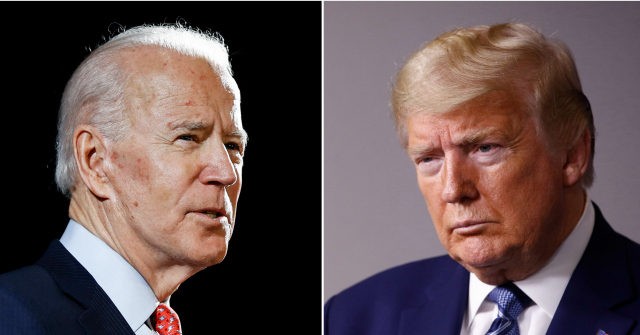 President Donald Trump said former Vice President Joe Biden insulted the black community when he mockingly asked a black reporter if he was a cocaine junkie.

“Joe Biden this morning totally disparaged and insulted the black community,” Trump said. “What he said is incredible, I don’t know what’s going on with him but it was a very insulting statement he made.”

Biden’s comment was directed at CBS Correspondent Errol Barnett, who asked him if he would take a test to prove his mental health.

“No, I haven’t taken a test. Why the hell would I take a test? Come on, man,” Biden replied. “That’s like saying to you, before you got on this program if you had taken a test were you taking cocaine or not. What do you think, huh? Are you a junkie?”

The clip went viral on social media on Wednesday as conservatives mocked the lack of outrage from corporate media figures.

Trump pointed reporters to the moment, expressing his surprise.

“I guess you’ll figure that out, you’ll see it in a little while but it was a great insult to the black community,” he said.

Another clip from the same interview went viral after Biden said that the Latino community was “incredibly diverse” which was “unlike the African American community.