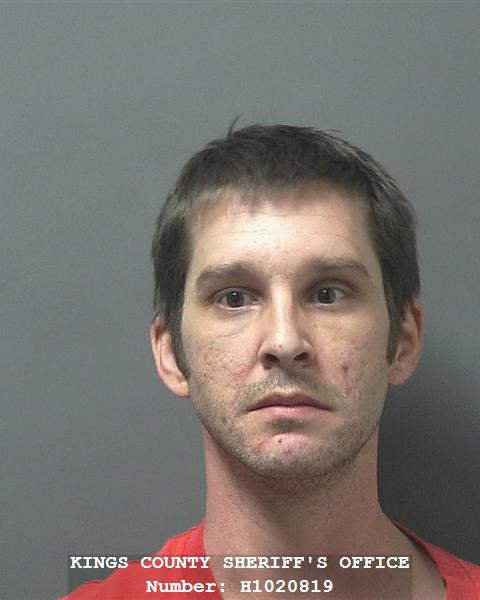 KINGS COUNTY, California — On Wednesday, August 5, 2020 at 0906 hours, Kings County Sheriff’s Office Deputies responded to the Administration Building at the Kings County Government Center regarding an unwanted subject who was identified as Chad Draxler.

Deputies contacted Chad near the Administration Building who was yelling and acting bizarre. As they spoke with Chad they tried to calm him down. Chad did not calm down and walked into the Kings County Administration Office where he banged on the interior doors demanding entry. Chad was yelling at the staff inside and waiving him arms around. Deputies determined Chad was displaying signs and symptoms of drug use and arrested him for being under the influence of a controlled substance.
Deputies interviewed Kings County Administration staff who reported Chad had made several phone calls into them earlier that morning. Chad was heard yelling at them on the phone calls about Covid-19. One of the phone calls he called a secretary an inappropriate word causing her to discontinue the phone call. A short time later Chad arrived at the Administration Building and demanded entry.

According to witnesses, Chad pulled and banged on the interior doors so hard they began to bow outwards. He was yelling and his face was red.

Due to Administration staff fearing for their safety they called 911 and
requested law enforcement to respond.

Chad was booked into the Kings County Jail on several charges to include, being under the influence of a controlled substance, criminal threats, offensive words in public and repeated phone calls. His bail was set at $65,000.00.