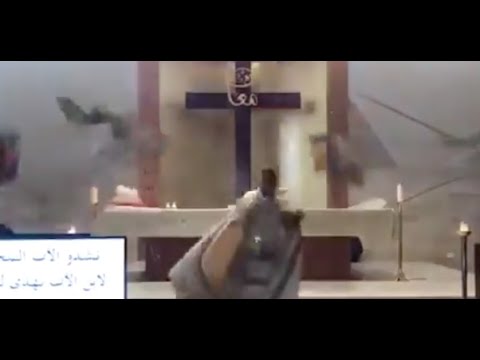 Two violent explosions in the port of Beirut caused at least 27 deaths and 2,500 injuries on Tuesday in what the Health Minister considered “a catastrophe in every way.”

“It is a catastrophe in every way,” he regretted when questioned on television when visiting a hospital in the capital. “The hospitals in the capital are all full of wounded,” he stressed, before asking that other wounded be transferred to hospital centers on the outskirts of the capital.

Earlier, General Security Director-General Abas Ibrahim had said the blasts could be due to “highly explosive materials confiscated for years,” but added that the investigation will determine the “exact nature of the incident.”

However, those responsible must “be held accountable,” Prime Minister Hasan Diab said.

Videos broadcast on social media showed a first explosion followed by another that caused a gigantic plume of smoke. The deflagrations shook neighboring buildings and caused glass to break several kilometers around.

President Michel Aoun called an “urgent meeting” of the Higher Defense Council and the Prime Minister decreed a day of national mourning for this Wednesday.

Local media released images of people trapped in the rubble, some covered in blood.

“It felt like an earthquake and then a huge deflagration and the windows were broken,” a Lebanese woman in central Beirut told AFP. A ship moored in the port was on fire, AFP journalists found. An officer asked journalists to stay away from the sector, fearing an explosion of fuel from the ship.

OMG. Due to covid19, they televised this mass so that believers could join in from home. Then the #Beirut explosion took place. Horrible.@akhbar pic.twitter.com/lEqZ95mUHP

Hey he is okay thankfully. Happen to know him!

See all the raw video from today’s blast…