Professional acrobat was detained by Myrtle Beach police for wearing a thong bikini after a mother called to complain about her swimwear.

Sam Panda wrote on Facebook: “A woman called the cops on me because of my bikini. That’s how this all started. Some Karen decided that my body was offensive to her and showed her child that her body could one day lead to her arrest. Her body could be the reason a grown ass man violates her. Her body is wrong.”

Panda and the other woman agreed to cover up and were released without charges. 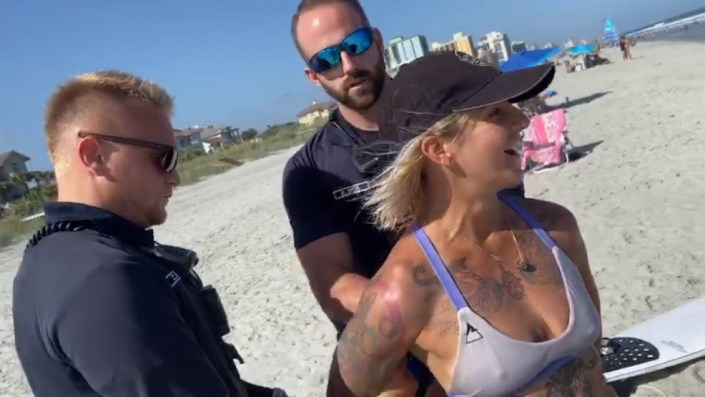