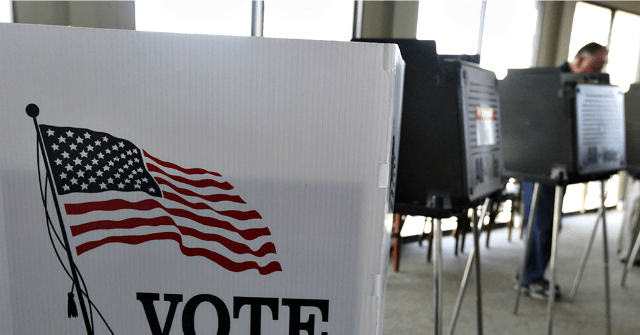 Hard to say, though, whether these initial batches are representative of the overall primary electorate.

Absentee ballots in for #MO1 in the city and county… both going hard for Lacy Clay… pic.twitter.com/yKuHplQLD9

If Watkins loses in #KS02, he’ll be the fourth candidate endorsed by Trump to lose a primary this cycle.

The president hasn’t been very active in this primary, but Watkins is an honorary co-chair of Trump’s Kansas reelection team. https://t.co/80gMFlxRKs

8:45 PM: MI: Wayne County has no idea when results will be reported.

Expect late results from Wayne Co tonight, if at all: pic.twitter.com/1i9qfC25ZG

Lincoln County, Missouri has counted 15 of its 17 precincts. (And there may still be a lot of mail-in ballots.)

It’s quite a small county, but this is interesting.

Trump got 76% of the vote here.
The YES to expanding Medicaid is getting 52% for now.

The watch party for Kris Kobach is underway. We have team coverage from several watch party locations tonight on @KCTV5 News at 10PM. pic.twitter.com/NvDCZ0J7x8

With apologies to Hank Williams, Jr. and MNF, are you ready for some VOTING???? All my rowdy friends are up for Tuesday night!

Thread on what I’m covering/looking for tonight.

KS, MI, and MO close first around 8pm ET (some polls will close an hour later cuz of time zones).

For those following the Tlaib-Jones primary tonight in Michigan, @RashidaTlaib plans to address the election results and supporters at 9:45 p.m. on Facebook Live. Polls close at 8 p.m.

Election Night in the age of COVID-19.

Establishment Republicans in Kansas have been insisting that if Kobach wins the nomination, Democrat Barbara Bollier could win the Senate seat.

In Missouri, Clay is defending a seat that has been in his family for 50 years. The Justice Democrats have been smart in the types of candidates they have backed against Congressional Black Caucus members.

How does the “these activists are targeting the CBC” argument survive? Since 2018 Justice Democrats has replaced three white Dems with non-white Dems (AOC, Pressley, Bowman). Its challengers to CBC members are, in every case, also black. https://t.co/WP3IOSXzdP

Tlaib tells voters that her name is not on the ballot in Michigan. She is defending her seat in a rematch against Brenda Jones, the Detroit City Council president whom she narrowly defeated two years ago. Jones had been elected to serve the end of former Rep. John Conyers’ term.

Rep. Rashida Tlaib: “This is what people want right now — they want real change and they want it now.” pic.twitter.com/ArUqOBdmD5