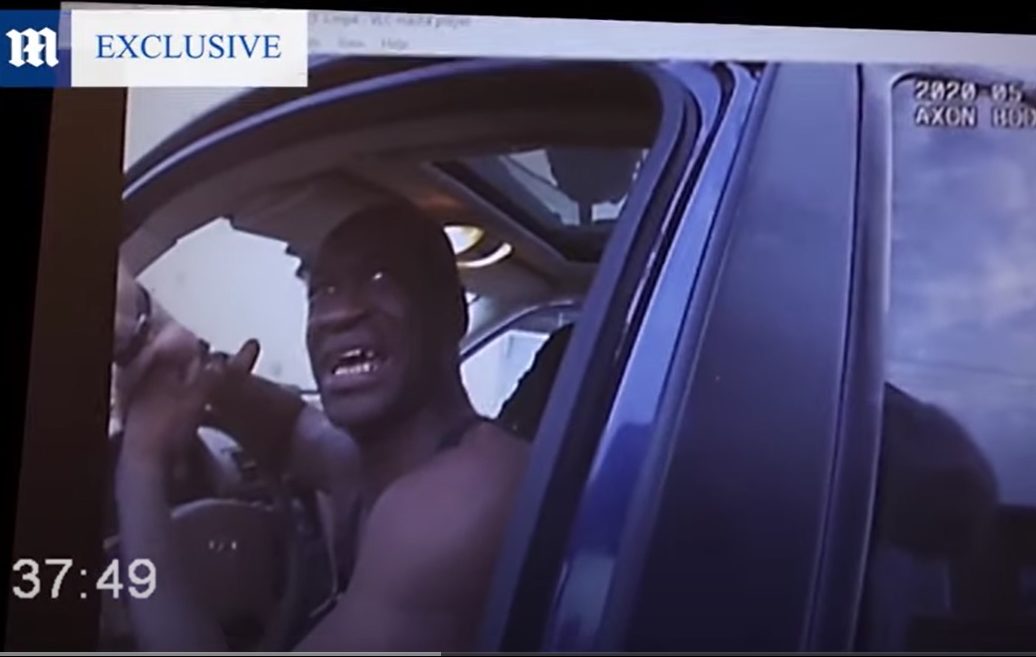 New bodycam footage of George Floyd’s arrest leaked to the Daily Mail provides new context to his apprehension by Minneapolis police which ultimately ended in Floyd’s death when officers struggled to get ahold of Floyd resisting arrest, sparking the worst outbreak of civil unrest in decades.

According to the Daily Mail, the bodycams where the footage came from were worn by Officers Thomas Lane and J. Alexander Kueng and were filed in court on July 7 by Lane’s attorney in a motion to dismiss charges against the former Minneapolis policeman. While made available for a limited court viewing on July 15, the videos were prohibited from being published by the media. The Daily Mail did not report who leaked the footage.

The videos show Floyd in the driver seat of a car approached by two officers after the 46-year-old allegedly passed off a fake $20 bill to buy cigarettes. The episode later escalated as officers directed Floyd out of the vehicle and over to a police cruiser where Floyd is seen refusing to comply with police requests to get in the SUV. Two other officers came to assist Lane and Kueng, including Officer Derek Chauvin who, after a brief struggle ended up with a knee on Floyd’s neck. Floyd died after several minutes while uttering the words, “I can’t breathe,” the modern mantra of the Black Lives Matter movement that stemmed from the death of Eric Gardner’s last words in New York.

All four officers involved were shortly fired after the incident and face criminal charges.

The Hennepin County Medical Examiner later determined that Floyd had trace amounts of fentanyl and methamphetamines in his system at the time of the arrest.

Nationwide protests erupted in the aftermath of Floyd’s death that culminated in weeks of violent rioting tearing apart minority communities across the country. Some parts of the country, such as Portland, have seen continued protests throughout the rest of the summer as the nation grapples with a new cultural revolution. The rioting quickly became about far more than Floyd’s death in Minneapolis police custody.