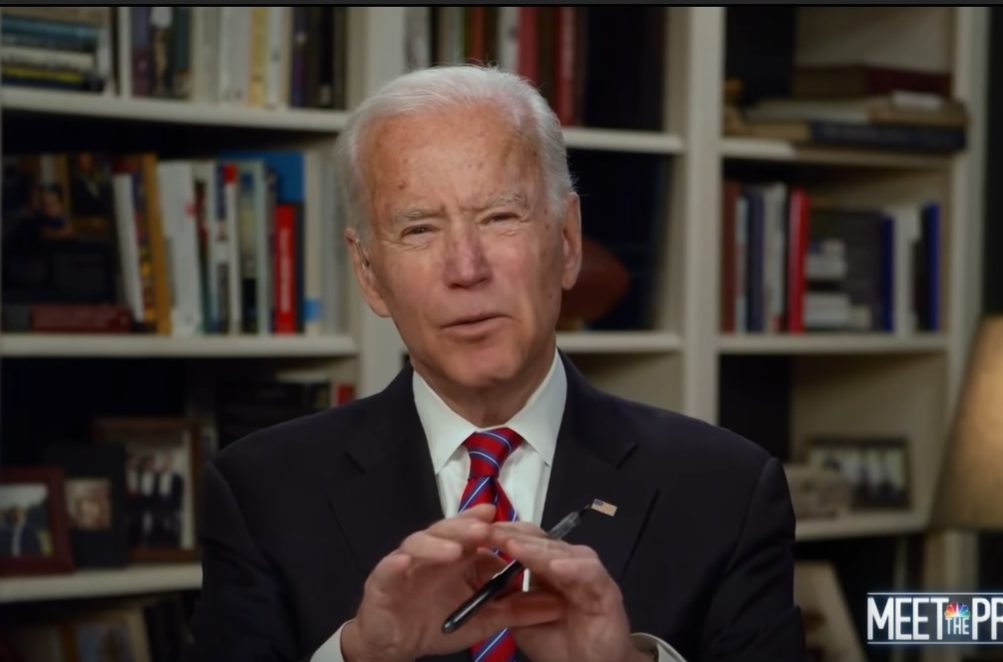 Joe Biden has shut down debates this cycle, using the Wuhan coronavirus as the 77-year-old candidate’s excuse to call off challenges with Vermont Sen. Bernie Sanders when it’s actually become the Democrat nominee’s saving grace.

Now, as the general election season nears full bloom next month after each party’s nominating conventions, debates have re-entered the discussion as the Trump campaign requests more while Democrats and their allies in the media plea for Biden to steer clear of facing Trump head to head.

“It’s time to rethink the presidential debates,” another headline in the Washington Post concurred in June. In it, columnist Karen Tumulty advocates organizers “do away with them entirely.”

“Biden better walk back any offers to debate Trump,” pushed the Boston Herald.

Others have been more direct.

“Whatever you do, don’t debate Trump,” former Clinton White House Press Secretary Joe Lockhart urged Biden in a CNN piece last week, arguing not that Biden’s struggle to form coherent sentences could prove problematic but instead President Donald Trump will spout unchecked lies to the millions of voters watching.

Thomas Friedman at The New York Times called on Biden to skip the presidential tradition unless Trump released his tax returns and agrees to a fact-checking team validating or correcting claims in real time.

Biden’s allies have reason to worry. While the presumptive Democratic nominee made it through a primary of more than 25 candidates this year despite making a series of slip-ups, Biden’s apparent cognitive decline has become ever clearer as live mistakes have become far more frequent over the course of the summer.

The tight control over Biden’s public appearances has led the campaign to now consider refusing to participate in the fall debates. The debates have become a fundamental presidential tradition that allow voters to compare their two choices for commander-in-chief side by side. No president has avoided them since Franklin D. Roosevelt refused to debate Wendell Willkie in 1940.

The excuse Roosevelt made, while also likely trying to hide a medical condition from the public, is nearly identical to the ones being flouted by the same party today: declaring the debate nothing more than a political stunt. Since the mid-20th century, however, debates have become a staple of the American electoral tradition, with the first televised match-up between John F. Kennedy and Richard Nixon in 1960. Since then, each presidential election has featured debates between the two major-party candidates making their case to voters over the direction of the country.

While the Democrat push to keep their nominee off the debate stage intensifies, the Biden campaign re-affirmed Monday they have no plans to skip the events scheduled for this fall as venues change to limit crowd size.

The first debate is scheduled to be held on Sept. 29 at the University of Notre Dame, although the Trump campaign has requested the date be moved earlier considering that 16 states will already be conducting mail-in voting.

Selected Articles: Does the US Still Have an Economy?