I’m going to attempt to clear up some information and speak as directly as would be deemed prudent as of 8/3/20.  This will likely jump around quite a bit.

♦ USAO John Bash – Lots of discussion amid multiple circles about what West Texas USAO John Bash might be looking into.  Is he looking back in time into the FISA(702) abuses that took place during the 2016 primary season?…. That would be in addition to the familiar “unmasking” aspect?…  and, if yes, what would that indicate?

Short answer is: no-one is certain.  AG Barr did mention that Bash is looking backward on the unmasking issues beyond the timeline scope of the 2016 presidential election.  That would indicate surveillance “unmasking” and FISA “minimization” would meld because essentially the terms are synonymous depending on the type of intelligence exploitation.

Prior Obama officials were “unmasking” names associated with FBI investigations simply to dirty them up to give fuel to the fraudulent basis of “Trump-Russia”; that’s the political weaponization of intelligence.  This did happen and Bash is cited with authority to review this carve-out of the ongoing DOJ investigation into DOJ/FBI intelligence manipulation.

However, if Bash is going into the issues of the NSA database being exploited for political opposition research via FISA-702 authorities (the intentional extraction of information with intentional non-minimization) well, that’s a more expansive kettle-of-fish than would seem to be possible to fully outline before the November election. 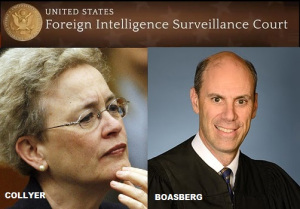 FISC presiding judges Rosemary Collyer (’16) and James Boasberg (’18) have already outlined the continued use of the NSA database for ‘unauthorized’ purposes. [Use Site Search Tool for details]

Is this something that AG Barr would authorize USAO Bash to pursue?… that’s a big question without answer.  We would hope yes, but think about the scale of that in totality to the interests of DC writ large… Ergo, I’m not confident.

Unmasking and Non-Minimization are essentially the same issue.  The former has to do with actual FBI and intelligence investigations; the latter has to do with using the NSA database to extract information (mostly unlawful use).  Unfortunately the general belief is that FISA(702) and NSA metadata collection, which includes the ability to review information on all citizens, are critical to national security.

Even with the findings of former NSA Director Mike Rogers about the systemic abuse he was not supportive of shutting the programs down.  So, with that in mind ,would AG Barr want to undermine an operational tool that is vital to the function of national security (as defined by the total apparatus) by having a U.S. attorney expose abuses?  See the issue….

Tangentially related to this NSA database aspect, it seems clear the exploitation is not just about targeting political adversaries.   This is about money and power.  While there is no direct evidence the NSA database was being used to make money, the mere fact that Crowdstrike was a contracting agency with access points to a more financially motivated aspect.

Were these “contractors” extracting corporate, business and financial secrets to sell and or trade and make money?  Is this the ultimate insider trading scheme in Washington DC?…  The answer is actually in the question.  What entity would not eventually use that access for this purpose… it is just too easy to make money.

Apply Occam’s Razor. Of course they did.

♦ USAO John Durham – At this point the noise around the likelihood of grand jury proceedings is very loud.  CTH knows the ¹lead investigator for the entire Durham probe (name intentionally withheld). We stumbled upon it accidentally during specific events in/around DC, and the entity was confirmed in an odd way when we attempted to make contact not knowing exactly what this person was doing.  A little funny story for much later, when things settle down.  Suffice to say we triggered some folks, bigly.   They didn’t know the nature of our inquiry and presumed we knew exactly who they were.  We didn’t, but immediately after their response, we did.  A little funny now.

[¹You might even say (I do) that discovery was divinely guided and inspired; because this was so random and yet so important no-one could ever get that lucky without some help from a universe of righteousness nudging.]

Here’s the parts that only a few people are able to comprehend…. bear with me this will be free-flow and typed thought on the fly:

Because of the sensitivity of the issues being investigated; and because even the appearance of politic in the investigation is fraught with peril; almost none of the people involved ever talk to each other.  This includes Barr and Durham and definitely includes Barr and XXXXX.

The term “delicate balance” has been used so much it now generates a gag reflex.  Every conversation begins with: “understanding all the issues are entwined in a precarious delicate balance”… and then the nudge-nudge, wink-wink, non verbal communication of interpreting between the lines starts.   After a while of playing this game the frustration is enough to make you an expert at turning billiard ball into a stress ball.  Annoying as heck.

I know the difference when a person is using the Mamet Principle and pretends not to know…. believe me, most of these people are genuinely clueless – they are not pretending.  They are more concerned with who is getting the bigger muffin from the taxpayer provided snack bar.  They care far less about what middle-America thinks about their lack of corrective action on corrupt issues they are comfortable working with/in/around all day.

If there is a grand jury; and if the grand jury returns ‘true bills’ on specific targets; we still have a filtering issue of AG Bill Barr who will then have to decide which criminal characters will be indicted and which would be too institutionally dangerous to indict.  This seems rather stark to say out loud; but we would be naive if we didn’t think there was going to be some sort of filtering taking place even with grand jury outcomes.

♦Phase-2:  For some serendipitous reason back in 2018 when the depth of the deep swamp became very visible, CTH selected mid-August 2020 as benchmark date.   If action was going to be taken by corrective elements in the DOJ or FBI that action would need to be visible, publicly visible, mid August (two weeks from now).

If there is nothing that comes out of the DOJ and FBI by mid-August, CTH will do the very best possible to launch on “phase-2” which will include us exposing the names of the investigators/prosecutors and what they are specifically known to be doing.  While that’s not the purpose, there has to be a point at which ‘We the People’ get to say enough is enough… we are shifting from prudent patience to full sunlight regardless of the damage it does to the ongoing investigation(s).

Because that’s a pretty serious thing to do; there is an assembly of very smart people coming together right before that date, and these issues will be debated.  I doubt anyone could convince me not to go full combat; but I’m willing to listen up to the very last second of my own self-imposed deadline for justice.

Phase-2 was originally going be a full expose in a manner of platforms on a key aspect that underpins the historic DOJ/FBI and Mueller Special Counsel operation.  That goal is still primary; however, it will also include telling as many people as possible whose doors need to be knocked upon to ask the questions about inaction.  Based on the feedback when we knocked the mystery doors it is likely the investigators (and others) will go bananas if their role is made public.

Once people absorb the severity of the dual systems of justice; and once a very specific issue is thoroughly understood; I am very hopeful a national response will be triggered. 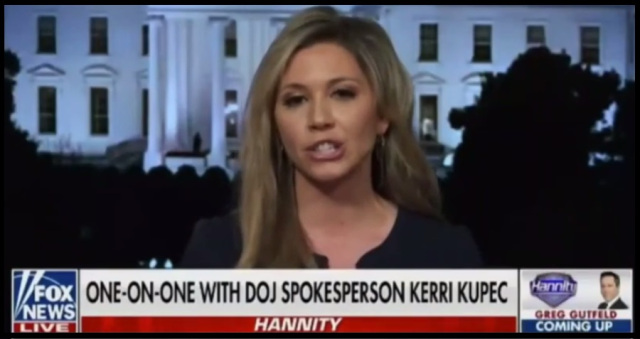 ♦ Lastly – In the last several days issues in the background of CTH have been challenging.  Comments are being dropped, filtered and disappeared that are totally out of our control.  We have no idea if WordPress is the cause or something more nefarious.  Regardless, please be patient the admins are working furiously to release all the comments that are being captured/blocked through some unknown technology we appear to be encountering.