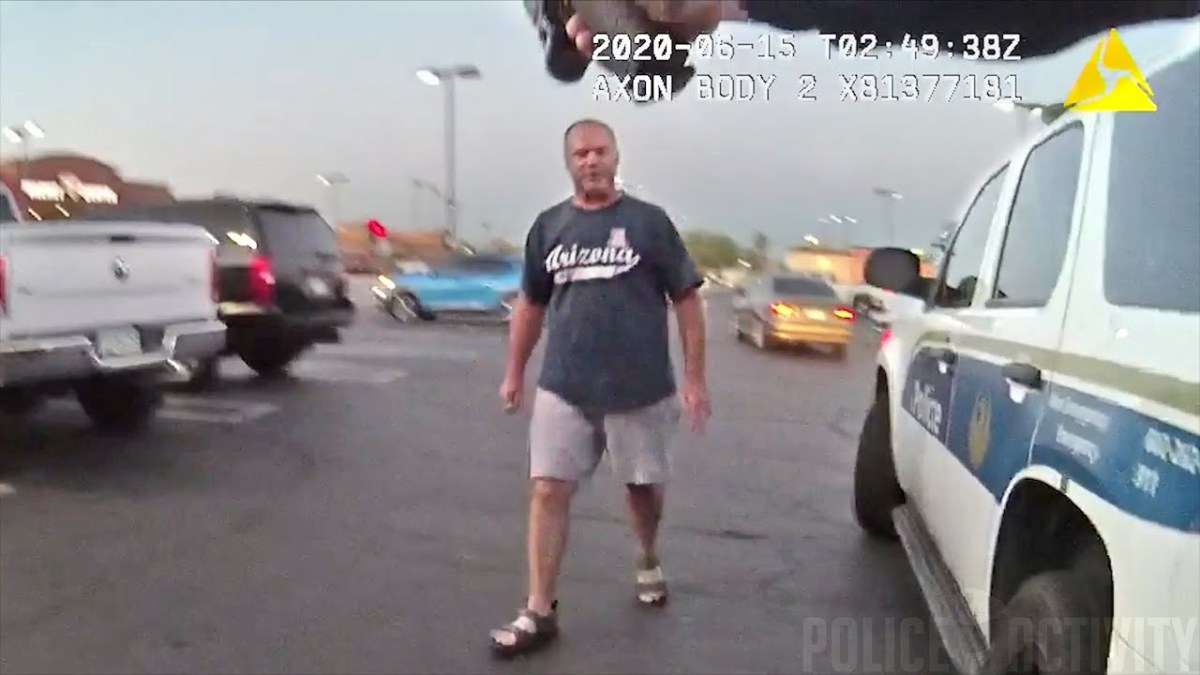 Phoenix, Arizona — The Phoenix Police Department released a body camera footage of an officer-involved shooting. The suspect from this incident has been identified as 55-year-old Jon David Brouseau. The incident happened at approximately 7:45 p.m. in a parking lot near 43rd Avenue and Union Hills in Phoenix. A 911 caller reported a drunk man armed with a knife was threatening customers inside a grocery store. Officers from the Cactus Park Precinct responded and saw several people pointing to Brouseau who was now walking around the parking lot. The officer contacted Brouseau and immediately noticed that he was armed with a knife. The officer repeatedly told Brouseau to drop the knife.

The man ignored the commands and told the officer he would kill her. After almost a minute of walked toward the officer with the knife in hand, Brouseau charged at the officer and she fired her weapon at him. The incident was recorded not only on body-worn camera from the officer but also on the cell phones of several witnesses. Additional officers arrived and were able to handcuff Brouseau and get him medical attention. Brouseau is expected to survive his injuries and will be charged with aggravated assault. There were no other community members injured. The officer who fired her weapon is assigned to the Cactus Park Precinct and has 1 year of service.

Poll: 82% Think U.S. Is Divided, Despite Joe Biden’s Promise to Be a More Unifying President

Journalist David Agren On The Crisis In Mexico, From COVID To Cartels