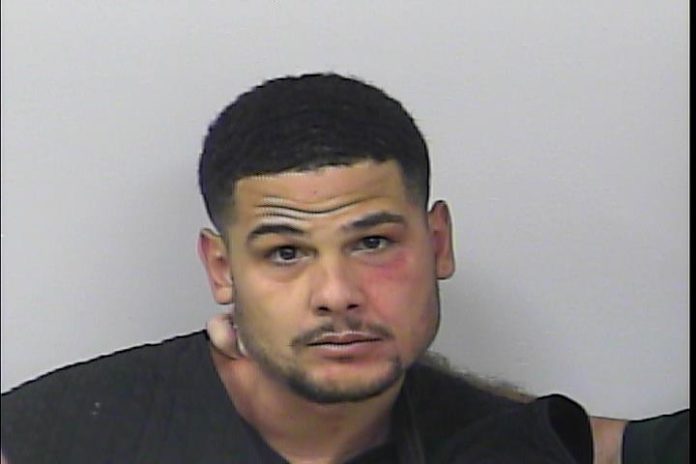 Police were dispatched to the Race Trac gas station located at 2031 SW Gatlin Boulevard for reports of a vehicle crash. The caller advised the unknown man crashed a black Toyota Tundra into a Chevy Cruz. Grullon then exited the Tundra and ran around the parking lot completely naked.

Grullon was also seen attempting to throw a dog through the vehicle window as he beat the dog named “Henney”. Grullon fled the area northbound on Savage Boulevard and was later located at his home on SW Michelangelo Avenue, by police. “Henney” a small white dog was located by police, dead in the parking lot of Race Trac.

Further investigation revealed Anthony Grullon was involved in two motor vehicle crashes. He was transported to a nearby hospital for treatment. He was arrested and transported to the St Lucie County Jail on the following charges: Animal Cruelty-causing death to animal and Hit and Run- leaving the scene with property damage (2 Counts).