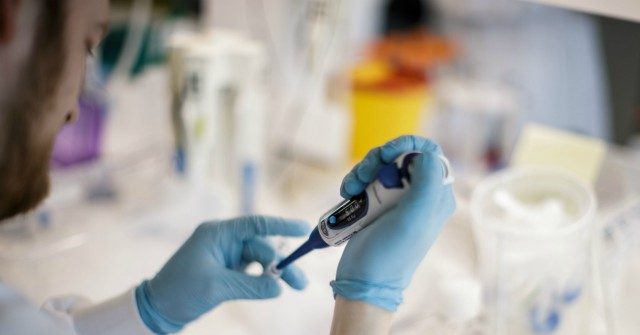 Big pharmaceutical corporations are raking in billions from American taxpayers through the United States government deals that are funding research for a vaccine to the Chinese coronavirus.

In May, President Donald Trump’s administration created Operation Warp Speed (OWS) to partner with pharmaceutical corporations in researching, developing, and administering a vaccine for the coronavirus at a record pace.

As a result, the administration is cutting deals for pharmaceutical corporations that deliver them billions in taxpayer dollars for vaccine research and development.

Most recently, the France-based pharmaceutical corporation Sanofi and GSK scored a $2.1 billion federal contract for 100 million doses of a vaccine with potentially the option to buy another 500 million doses. Sanofi profits total nearly $38 billion.

Similarly, Pfizer and BioNTech won a $1.95 billion federal contract for an initial 100 million doses of their yet-to-be-developed vaccine for coronavirus. Pfizer is the largest multinational pharmaceutical corporation in the world with profits over $53 billion.

Other pharmaceutical corporations who have been awarded federal funds include:

While AstraZeneca and Johnson & Johnson executives have pledged to Congress not to profit off the vaccines, Pfizer CEO Albert Bourla told Barron’s last week that it is “radical” to suggest that billion-dollar pharmaceutical corporations forgo profits during the coronavirus crisis.

“I think it’s very wrong. You need to be very fanatic and radical to say something like that right now,” Bourla said of those suggesting vaccines not be administered for profit. “Who is finding the solution? The private sector found the solution for diagnostics, and the private sector found the solution for therapeutics and is along [the] way to find more solutions for therapeutics and vaccines. So how can you say something like that? Doesn’t make sense.”

Analysts with Barron’s say Pfizer could stand to profit nearly $13 billion in sales just from a coronavirus vaccine if it is priced at $19.50 per dose.

Bourla’s statement matches that of many economic libertarians who have praised pharmaceutical corporations for their vaccine research, with little mention of Trump’s OWS or their funding by American taxpayers.

“Vaccine progress is coming at record speed — and it’s the result of the free market,” Nikki Haley wrote in a July 23 post. “About 2 dozen companies are competing to find a cure or treatments to the pandemic. While govt supports, they’re rightly letting innovators and entrepreneurs drive the vaccine process.”

Alan Tonelson, an economist who writes the RealityCheck blog, told Breitbart News that such statements “pandering to ideologues” are “distinctly unhelpful.”

“It does seem clear that Nikki Haley is trying to have her free market cake and eat it, too … no one has ever recommended that government micro-manage scientific research,” Tonelson said.

“It’s true that any source of funding for any endeavor is, legitimately, going to want some say over broad priorities,” Tonelson said. “In other words, as with much of life, tradeoffs are involved, balance-striking is necessary, and there are no one-size-fits-all recipes for success. But Washington’s solid record throughout American history of supporting research and development indicates strongly that participants equipped with common sense can navigate these goals very successfully.”

To date, there are more than 165 vaccines in development stages around the world. Experts have said a vaccine could be ready for widespread patient use by early 2021.