Ohio representative Jim Jordan does a good job in this testimonial segment contrasting the political hypocrisy within the COVID shutdowns and decrees.

The political elite can assemble without issue at the funeral of John Lewis, but don’t you dare try to have a funeral for your loved-ones because it’s not allowed.  Within that contrast the fuel for COLD ANGER rages in the veins of ordinary Americans.

Jim Jordan gives voice to some of the most ridiculous aspects of the COVID political rules.

Somebody get this guy away from national public policy; he’s destroying the economy, and it looks to me like Dr. Fauci-Mengele is doing it intentionally.

Fauci’s type of over-the-top gibberish is identical to other statements made during this crisis which we first noted on March 17, 2020.. 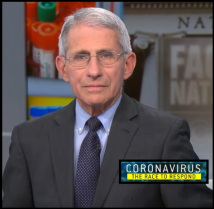 There’s been a debate about possible political motives surrounding the panic he has created; the massive economic damage he has inflicted; and the conflicting assertions of National Institute of Allergy and Infections Diseases (NIAID) Director Dr. Anthony Fauci.

CTH identifies the motives as sketchy. He appears to use his position to advance theories and yet position himself to avoid scrutiny.

Sometimes within a 24 hour period Fauci will make a statement, then contradict the initial assertion, then attempt to cloud his own conflict with obtuse and wordy explanations. After watching for several weeks, we called it out HERE.

After: (1) watching that 2009 video; and (2) comparing the 2009 H1N1 response to the current 2020 COVID-19 response; and (3) reviewing the empirical data; we must admit to ourselves there is a VERY BIG difference. So now, with the baseline established, we look for why such a big difference; and to do that we (4) evaluate the politics: 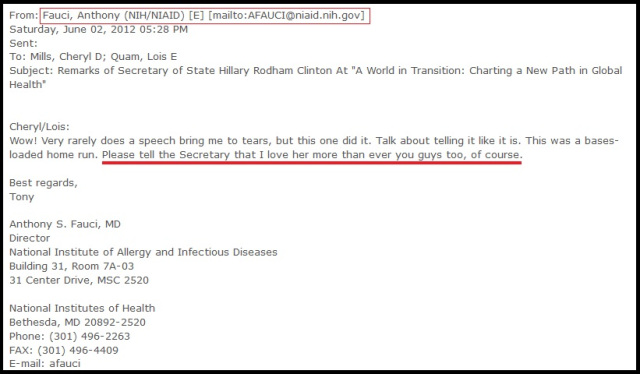 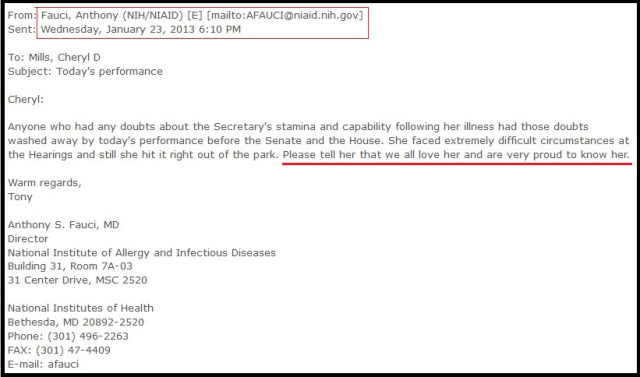 Now, pause for a moment – reread that again – don’t skip past it. Think about what type of mindset would send such a letter and communication. Apply common sense. Trust your instincts…

Would a person of reasonable disposition send such a letter or email to anyone in their professional network? Would you ever consider writing a letter to your employer, or the family of your employer, declaring your undying love and devotion toward them?

Seriously…. think about it. If you have ever engaged in a large system, large business, or large network of professionals, how would you react to a person inside that organization who was sending such non-professional communication? What exactly does that say about the emotional stability of such a person?

And this person, right now, with this inherent sensibility, has the most consequential and direct influence over the decision-making for the worlds most powerful nation. Stunning.