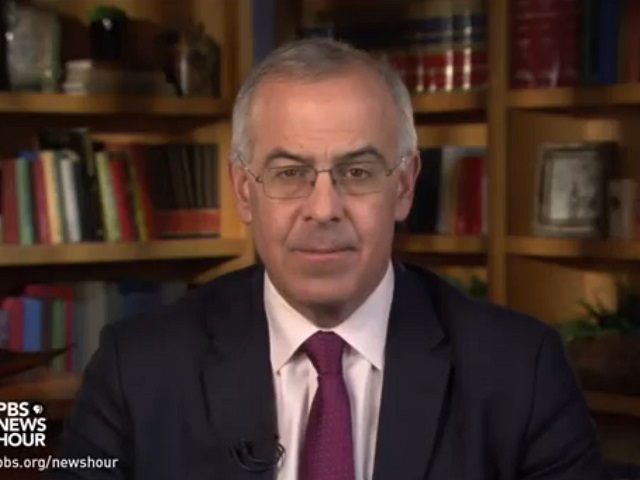 On Friday’s “PBS NewsHour,” New York Times columnist David Brooks said that the blame for the impasse over coronavirus relief is mostly on Republicans, but also faulted Democrats for not having enough for small businesses in their plan.

Brooks stated, “I give it 60/40 to the Republicans, to — the blame. Both sides sort of returned to their corners. So, the Democrats, in their plan, did not have enough for small business. And we’ve just got to protect small businesses from going bankrupt. When a company goes bankrupt, you only lose — you don’t only lose the jobs. You lose all the human capital and all the connections that were put in to build that business, and that’s a tragedy.”

He continued, “The Republicans certainly err in trying to cut the weekly pay from 600 to 200. Their worry — and I spoke to a few of them this week — is that people are making more unemployed than they would employed, so they’re not going to go back to jobs. And that is certainly a problem. People — some are doing OK with this. But the research suggests that people who are getting the [un]employment insurance benefit are going back to work just as much as the people who are not getting it. So there does not seem to be a disincentive effect. And when you’ve got people really struggling, to cut them back to $200 a week or whatever it would be seems unconscionable to me.”