Feds appear to have shot pepper balls at this person as they were lighting a firework inside the fence. I don’t think they came outside though. Probably just used the window flaps. pic.twitter.com/gHLxQksmrF

Here’s some bonus footage from this long video thread…

I was standing in an area with a lot of people wearing helmets marked “press.” Some people in the crowd kept chucking things at federal officers while standing near us, so excuse my ducking and weaving in the following videos. pic.twitter.com/EuGMkGBiaJ

Trying to get others to join him.

“They can’t arrest us all.”
&
“That’s why they made the second ammendment. So that this would not happen.”

Then he came back over to fence and said, “If I die, avenge me.” pic.twitter.com/jVsRBlEZpC

This is what it looks like in front of the federal courthouse right now. Usually there is less garbage at the start of the evening. It looks like they also added some extra supports on the inside of the fence. pic.twitter.com/5zkq82Qn23 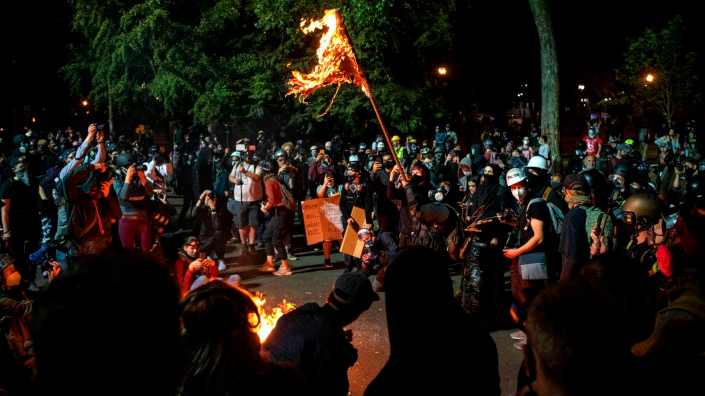