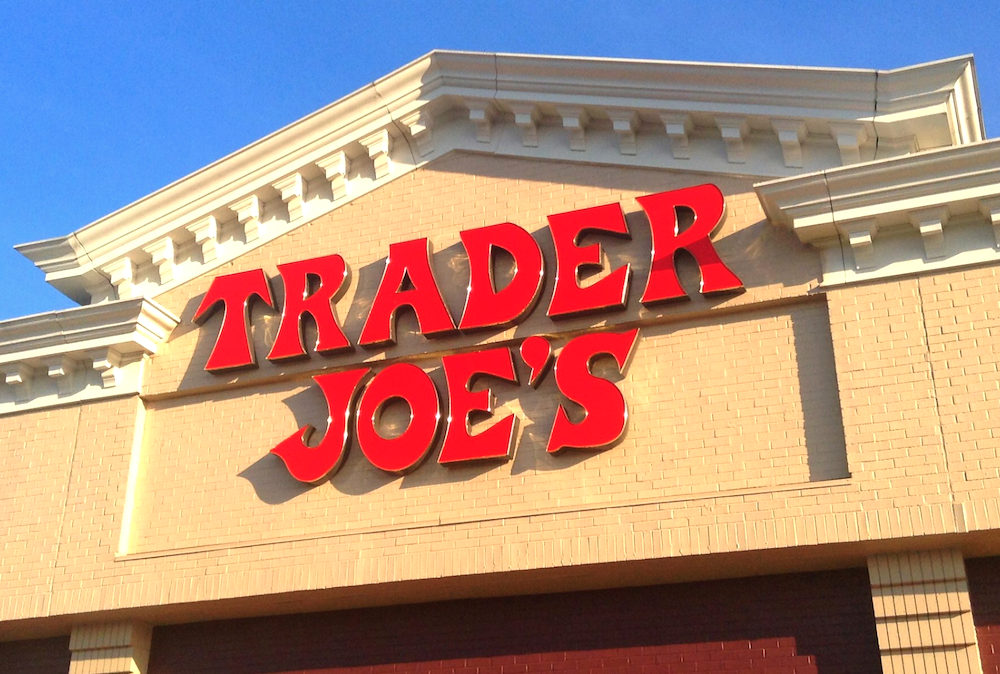 The woke mob, spurred on by Black Lives Matter following George Floyd’s death, has come not only for cities and statues but for people and brands. It came for the Washington Redskins — canceled. It came for police shows — canceled. It came for Aunt Jemima, Rice Crispies, Goya, Lady Antebellum — the list never ends. When it recently came for Trader Joe’s, the grocery company responded loud and clear: We don’t bow to the cancel mob.

“A few weeks ago, an online petition was launched calling on us to ‘remove racist packaging from [our] products,’” Trader Joe’s said in a statement last week. “Following were inaccurate reports that the petition prompted us to take action. We want to be clear: we disagree that any of these labels are racist. We do not make decisions based on petitions.”

The petition, circulating on Change.org, demands that the company “remove racist branding and packaging.” It reads, “The grocery chain labels some of its ethnic foods with modifications of ‘Joe’ that belies a narrative of exoticism that perpetuates harmful stereotypes. For example, ‘Trader Ming’s’ is used to brand the chain’s Chinese food, ‘Arabian Joe’ brands Middle Eastern foods, ‘Trader José’ brands Mexican foods, ‘Trader Giotto’s’ is for Italian food, and ‘Trader Joe San’ brands their Japanese cuisine.”

The petition further bemoans the inception of Trader Joe’s, alleging it was inspired by a “racist book and a controversial theme park attraction” and saying it perpetuates “exoticism.”

Trader Joe’s isn’t having any of it. Like any successful business, the company explained that while it gladly makes changes when they’re warranted, it “make[s] decisions based on what customers purchase, as well as the feedback we receive from our customers and Crew Members.” When certain products or names stop selling, Trader Joe’s says that’s when it discontinues those items: “It’s kind of what we do.”

The company acknowledged the ethnic branding, saying its “Buying Team” began using those names “decades ago.”

“We thought then — and still do — that this naming of products could be fun and show appreciation for other cultures,” Trader Joe’s said. “For example, we named our Mexican beer ‘Trader José Premium’ and a couple guacamole products are called ‘Avocado’s Number’ in a kitschy reference to a mathematical theory. These products have been really popular with our customers, including some budding mathematicians.”

While cancelers continue signing onto the petition, Trader Joe’s said it has recently received much support for its branding as “customers reaffirm[] that these name variations are largely viewed in exactly the way they were intended­ — as an attempt to have fun with our product marketing.”

“Trader Joe’s has been a unique, fun and neighborly place to shop for over 50 years,” the company said. “We look forward to taking care of our wonderful customers for many future decades.”

It’s kind of what they do.