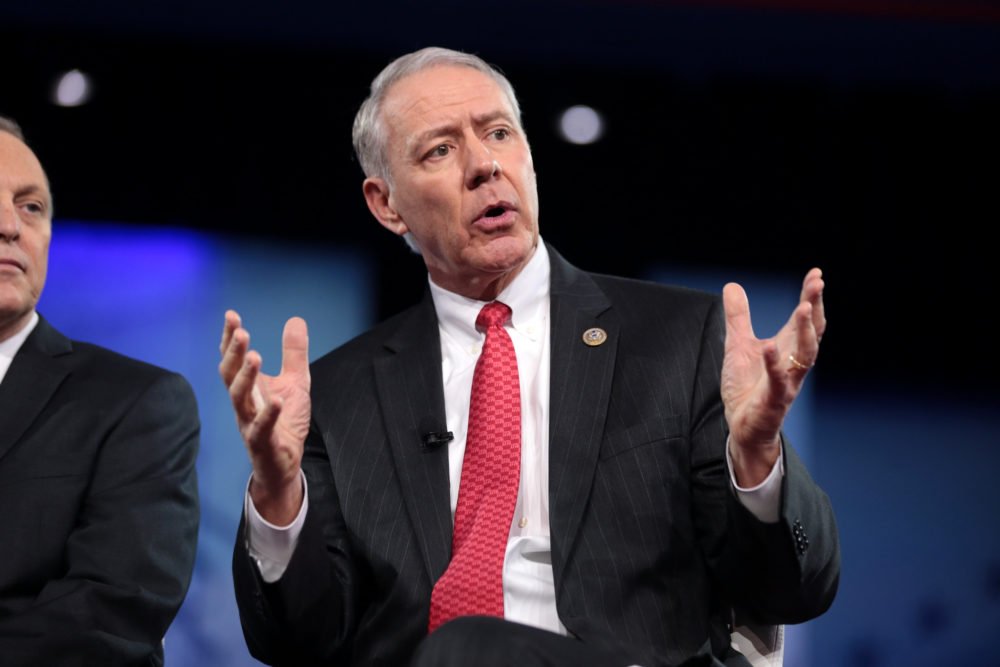 Colorado Republican Congressman Ken Buck criticized big tech’s influence Friday telling The Federalist that he left Wednesday’s hearing with the four titans of the tech industry with “some pessimism about how much power is in the hands of a few people.”

“The key is that we wouldn’t have a bias issue if it wasn’t for the dominance of these platforms,” Buck said just days after CEOs from Facebook, Google, Apple, and Amazon testified before House lawmakers on the Judiciary’s subcommittee on antitrust.

Buck emphasized that when conservatives complain about censorship, they’re “not complaining about the fact that with 1,000 news sources out there that there might be some bias.”

Instead, it’s that there are only a few mediums which feed those news sources to the public which can manipulate what arrives to peoples’ devices.

“There’s only one Google… only one Facebook,” Buck said. “It’s much more concerning that you’ve got bias in an area where you’ve got a monopoly.”

Accusations over the four companies’ anti-competitive practices took center stage Wednesday where members on both sides of the aisle appeared more united on the issue of monopolization than any other areas executives were grilled, including privacy, and censorship.

When it came to suppression of conservative voices online however, despite it being a symptom of said market power, Democrats weren’t on board. One liberal congresswoman even called such allegations “fringe conspiracy theories” after Ohio Republican Rep. Jim Jordan cited a long list of episodes where right of center voices were subjected to undue censorship.

Fireworks go off at the House hearing on big tech when @RepMGS accuses @Jim_Jordan of perpetuating “conspiracy theories” over tech conservative censorship pic.twitter.com/8ZeWf72KcD

Google’s current search power on the other hand, is undisputed. The California search engine racks upwards of at least 3.5 billion searches a day constituting 94 percent of the internet’s search share.

On Thursday, Federalist Publisher Ben Domenech warned on “Fox & Friends” that bias is only one feature of big tech monopoly power.

“Congressman Kelly Armstrong really got out of Google an admission that they’re not just interested in controlling all of the ad space as they do right now. They’re interested in driving others out of the ad market so that they have total control to demonetize sites as they deem fit,” Domenech said, referring to the North Dakota Republican’s questioning over third-party ads Wednesday.

Domenech added that Congress could have benefited from holding a longer hearing, “considering the kind of market power they have.”

Buck said while he wishes the hearings would have been in person, the circumstances amid the pandemic and the executives’ schedules with Congress’ were limiting. Buck also said he wished Twitter also would have been present for questioning at the hearing. The social media site’s absence which only two weeks ago suffered a major security breach compromising accounts of some of the world’s most powerful people indeed served as a blind spot.