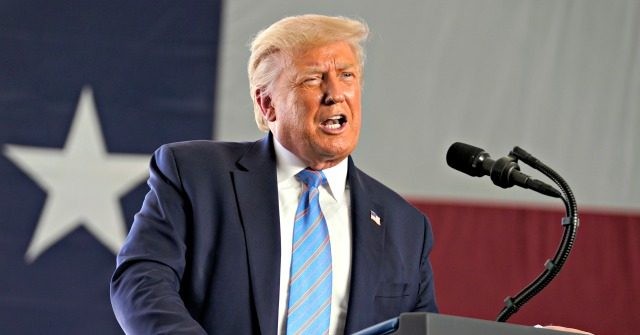 President Donald Trump said Friday that China was likely delighted Democrats were trying to implement mail-in voting in the 2020 election, which he said would lead to a “catastrophic” result.

“They’re using the China virus, China must be very happy about it, because they hit us with a virus and now they screw up an election like you will never see,” Trump said about the Democrats.


The president spoke to reporters at the White House after hosting leaders of the National Association of Police Organizations on Friday to discuss law enforcement.

Trump previewed a disruptive Election Day on November 3, noting that it would take several days or even weeks to count all the ballots.

“It’s going to be a very, very sad day for this country,” Trump said.

The president said that he supported Americans voting absentee, but that the electoral system was not prepared for universal mail-in voting.

He recalled that voters voted in elections in World War II and World War I and should be able to vote during the coronavirus.

Trump boasted that he was confident with his chances at winning re-election, even with some corporate media polls showing him tracking below Biden in key swing states.

“We’re going to do very well in the election, nobody wants that date more than me, I wish we would move it up,” he said. “Move it up. You’re not prepared for what they’re doing.”

Trump told the media to prepare for tumultuous election night on November 3.

“This will be catastrophic for our nation. You’ll see it. I’m always right about things like this.”

NBC’s Peter Alexander asked Trump why he was not spending more of his time pressing for more election security funding instead of warning about mail-in voting.