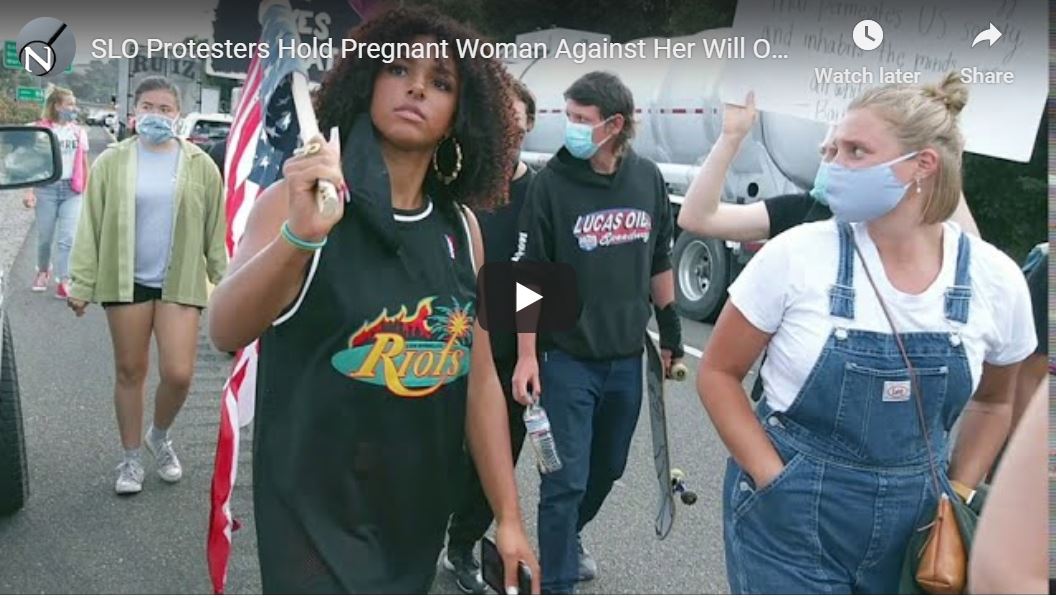 Windows were smashed and rioters were arrested, including leader Tianna Arata.

San Luis Obispo, Calif. – After blocking traffic on Highway 101 in Central California, Black Lives Matters activists ignored the pleas of a motorist to take a pregnant woman in labor to a nearby hospital.

The group wanted instead to “have a conversion” about race issues.

“She is going to give birth,” another woman in the pickup truck pleads. “Get out of the road.”

BLM chased down, harassed and prevented drivers from exiting the highway.

‘Rioters damaged the hood of a passenger vehicle and smashed the rear window where a 4 year-old child was in the back seat and had glass shattered on him,’ according to the San Luis police.

Officers arrested Arata later that day on numerous charges, including participation in a riot, unlawful imprisonment and resisting. She was released on zero bail.

Democrats have demanded the District Attorney drop the charges. San Luis Obispo Mayor Heidi Harmon joined in the protest before it erupted onto the highway. Harmon has often encouraged residents to support Black Lives Matter and Arata.