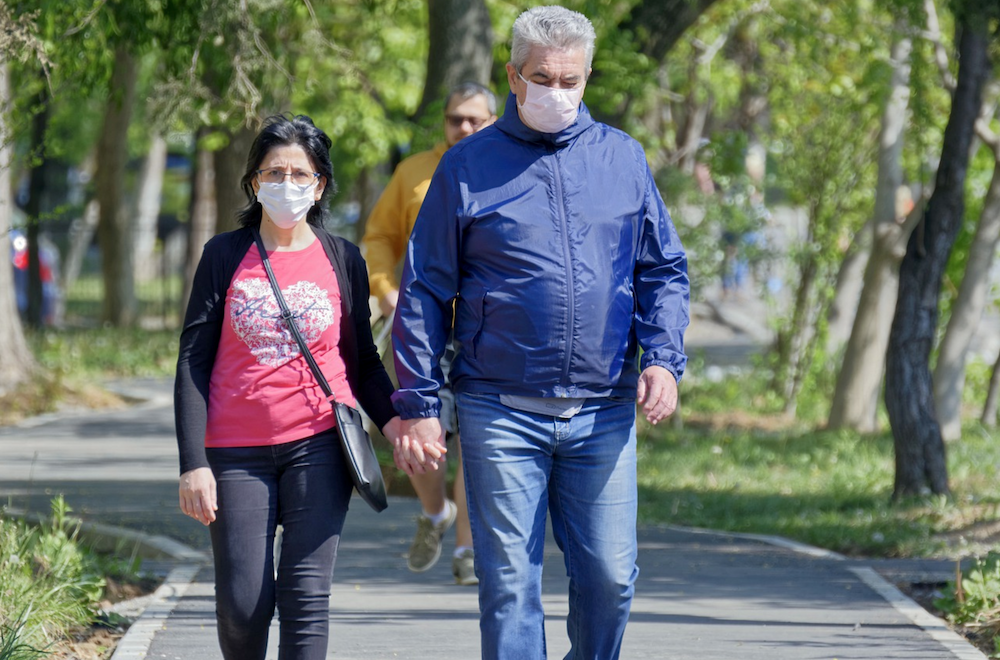 People who resist COVID-19 restrictions are often accused of being selfish and caring only about their own freedom. While that might explain the actions of some, moral arguments can be made against many of the restrictions.

Although simple appeals to “freedom” are indeed less popular today than in the past, we should not disregard them. Nearly all our responses to COVID-19 require balancing one concern against another, and individuals and institutions will come to different conclusions as they try to strike that balance.

Freedom implies the right to conclude something different than the state and order your life accordingly. That is no small thing.

On a political level, many of our COVID-19 restrictions also violate the principle that rules should be made as locally as possible by people who understand specific circumstances, not by a distant lawmaker who can only at most know general trends. Some concerns about freedom arise when power becomes centralized.

There’s more: Requiring people to behave a certain way teaches them “truths” about the world, regardless of whether those things are true.

A few days ago, I was bicycling on one of Lansing’s trails, and I watched a woman walking ahead in the distance. Every time someone got close to her, she would put on her mask and step off the pathway into the grass until he passed — and people passed often, so this was quite a disruption to her walk. The risk to her, being outside in mid-Michigan with people passing her at 15 miles per hour, is extremely small, but she appeared too afraid even to take a normal walk on a nature trail.

Instilling this unnecessary fear in people is cruel. The governor of Michigan tightening the mask rule the day prior likely increased this woman’s fear. Rules that imply the danger is higher than it really is are worth fighting for precisely that reason. Keeping people in such a state of fear and anxiety is not only unkind, it is causing measurable harm.

A moral problem also arises from a desire to manage rather than inform the population. The woman on the walking trail should have received a proper explanation of the risk of her environment, which likely would have reduced her anxiety.

Many in both our political and media classes, however, have no desire for people to be well informed about relative risks. People who are afraid, after all, will engage in socially demanded behaviors. So why risk giving them an accurate picture of their situation? Politicians and the media are not informing the public so much as managing it, an impulse we must call out and fight.

We should also resist the ratcheting effect of a growing culture of safetyism, most excellently discussed in an UnHerd article by Matthew Crawford. He writes, “At the level of sentiment, there appears to be a feedback loop wherein the safer we become, the more intolerable any remaining risk appears. At the level of bureaucratic grasping, we can note that emergency powers are seldom relinquished once the emergency has passed.”

Accepting invasive rules that affect personal behavior in a low-risk environment conditions people to accept that kind of intrusion into their lives. This is one reason people are particularly against masking their children, who are especially prone to manipulation. If we do this, what kind of human are we helping to produce? People who care only about coronavirus statistics gloss over these negative consequences.

It is also morally problematic to indefinitely treat the healthy as the maybe-sick. Inasmuch as we are required to do this at all, we should do it with the lightest hand and for the shortest duration possible. “Eliminate all risk” is not a reasonable standard. Politicians, however, almost always eager central planners — with a few exceptions — seem willing to just drop the hammer.

Finally, onerous COVID-19 restrictions are dehumanizing. From keeping people apart to requiring them to cover their faces constantly, these rules should be employed as sparingly as possible. In early May, Jim Fitzgerald wrote a piece for The Aquila Report in which he objected to masks for several reasons: They encourage us to see other people primarily as a threat, and inhibit our ability to read their faces. He continued:

Imagine baptism with masks, or the Lord’s supper with masks, or sermons and singing with masks. At the very least, the obvious awkwardness would greatly distract us from the seriousness, solemnity, and joy that should accompany participating in the sacraments and other elements of worship.

Unfortunately, some people must no longer imagine. Christianity has been keen to stress that we are not souls trapped in an unfortunate body that we will someday be rid of for good, but a soul-body unity, still embodied when all things are made new.

Rules to cover up an important part of that body, especially given for light reasons and with no clear ending conditions, should be subject to severe scrutiny and, if employed, done so as rarely as possible.