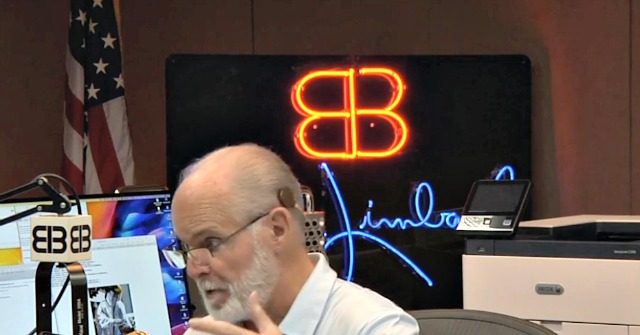 Rush Limbaugh spoke on his radio show on Wednesday about the House oversight hearing that took place yesterday focused on high tech monopolies and highlighted how Google has censored content from the Breitbart News website.

Limbaugh aired the audio from Tucker Carlson’s Fox News show on Tuesday night of his interview with Breitbart News Executive Editor Alex Marlow about the censorship:

There’s a congressional hearing going on today. The same House committee, the Judiciary Committee. This is a hearing into antitrust monopolistic practices of big tech. You have Tim Cook from Apple there. You got Zuckerberg from Facebook there. You’ve got Bezos from Amazon there. You got the Google CEO, Sundar Pichai, Pichai, whatever his name is. They’re all there, and they’re being hit hard by Jim Jordan and others.

The purpose of the hearing is multifaceted, as you will hear in a sound bite we have of Jim Jordan. He’s choosing to go after them for their anti-conservative bias, particularly Google and Facebook: Their search results — in case of Google — and Facebook for their shadow banning and Twitter. Jack Dorsey’s there as well.

“Gradually since the 2016 election, Google’s been diminishing our search results — and then all of a sudden, in May of this year, we virtually lost all Google traffic, all search traffic altogether. Let me give you some specific pieces of data: A Google track, something called a visibility index. This is sort of like their Nielsen score,” Marlow said.

“That’s when your content shows up on one of their pages. Breitbart’s is down 99.77%. Overall, our Google traffic is down nearly two-thirds. If you want to search for Joe Biden or Biden, the chance of you getting a Breitbart article are virtually zero, virtually no opportunity for you to get it — unless, of course, you add the word ‘Breitbart,’”

“All right. Now, I know there’s a number of different reactions that you can have to this,” Limbaugh noted. “A, it’s obvious what Google is doing here. They are practicing censorship, and they’re doing everything they can, via their search engine and results, to eliminate conservative websites. They are also using — the fact that they control internet advertising, to deprive conservative websites of any Google-related advertising.”

“And most of the advertising on the internet sadly is run through Google. They own it. It is their primary source of income. And they are defunding conservative websites and blogs,” he stated. “And they’re also eliminating conservative websites and backlogs from any search results. Now, you can argue, ‘It’s unfair, they shouldn’t be.’ But look. They’re Google. They can do what they want to do. The idea that we should expect a bunch of leftists to treat us fairly is kind of naive.”

Rush also said that there are alternatives to Google:

Trump on Tiger Woods: ‘He’s Going to Be Back — I Have No Doubt About It’