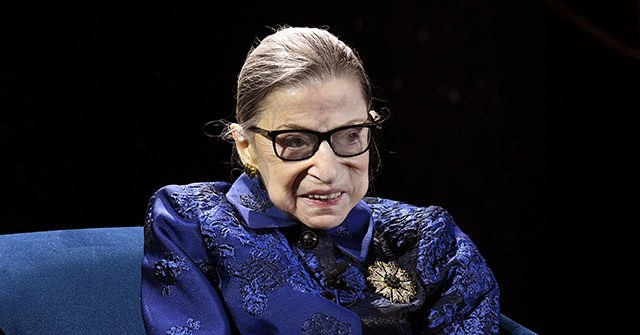 Supreme Court Justice Ruth Bader Ginsburg is back in the hospital for a “minimally invasive non-surgical procedure” but is expected to be released by the end of the week, the Supreme Court announced on Wednesday.

Ginsburg, 87, underwent what was described as a “minimally invasive non-surgical procedure” at New York City’s Memorial Sloan Kettering Cancer Center “to revise a bile duct stent that was originally placed at Sloan Kettering in August 2019.”

“According to her doctors, stent revisions are common occurrences and the procedure, performed using endoscopy and medical imaging guidance, was done to minimize the risk of future infection,” the press release stated.

According to the release, Ginsburg is “resting comfortably and expects to be released from the hospital by the end of the week.”

Ginsburg was admitted to Johns Hopkins Hospital in Baltimore, Maryland, earlier this month for a possible infection, undergoing an endoscopic procedure cleaning out a bile duct stent. Days later, the justice revealed that she began chemotherapy in mid-May for a “recurrence of cancer.”

“On May 19, I began a course of chemotherapy (gemcitabine) to treat a recurrence of cancer. A periodic scan in February followed by a biopsy revealed lesions on my liver,” she said in a statement, noting that her recent hospitalizations were unrelated to the recurrence of cancer.

“Immunotherapy first essayed proved unsuccessful. The chemotherapy course, however, is yielding positive results. Satisfied that my treatment course is now dear, I am providing this update,” she continued, adding that a July 7 scan yielded positive results — a “significant reduction of the liver lesions and no new disease.”

Ginsburg said she is continuing “bi-weekly chemotherapy to keep my cancer at bay” and assured the public that she is able to maintain an “active daily routine.”

“I have often said I would remain a member of the Court as long as I can do the job full steam,” the justice said. “I remain fully able to do that.”