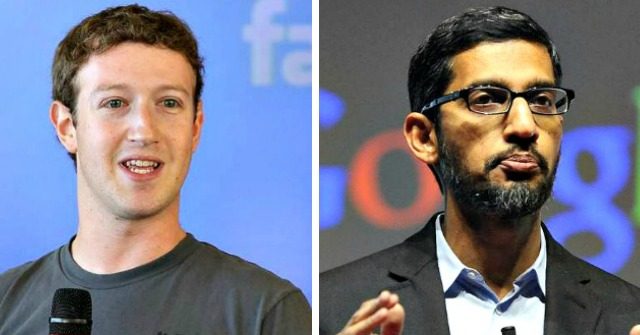 Hundreds of thousands of foreign students taking online-only courses in the fall semester will be given F-1 student visas, thanks to the help of big tech CEOs and their lobbying on behalf of their own economic interests.

Two weeks ago, President Donald Trump’s administration dropped their policy that closed a loophole that had been allowing foreign students to remain in the United States on F-1 student visas despite their classes having moved entirely online due to the Chinese coronavirus crisis.

Now, foreign students who were previously able to get F-1 student visas for their in-person courses will be allowed to secure that visa for online-only courses.

The move was made after Harvard University and the Massachusetts Institute of Technology (MIT) filed suit against Trump to demand that online-only foreign students be given F-1 student visas. The U.S. Chamber of Commerce threatened a similar lawsuit and 15 House Republicans lobbied Trump to reopen the loophole.

A report by Yahoo Finance, though, states that it was big tech CEOs, who signed an amicus brief in support of the Harvard/MIT lawsuit, that helped pressure the administration to cave:

The flip rendered the issue moot for Harvard, MIT and several state attorneys general fighting the move since it was unveiled on July 6. It also underscored the power wielded by tech companies, who have lots of money and political influence at their disposal. [Emphasis added]

Indeed, Steven Lehotsky, chief litigation counsel for the U.S. Chamber of Commerce, told Yahoo Finance that the number of concerned parties backing Harvard and MIT was significant — as was the fact that they did so at the district court level. Typically, parties file supporting briefs at the appellate and Supreme Court levels. [Emphasis added]

The F-1 student visa program — as well as the Optional Practical Training (OPT) visa program that delivers foreign graduates to businesses at discounted rates — is a cash cow for American colleges and universities.

Every year, nearly one million foreign students who fill seats in undergraduate and graduate programs provide at least $9 billion to U.S. university systems. These foreign students often pay three times as much in tuition and fees as their American counterparts.

The group of Silicon Valley CEOs, with the help of Sen. Mike Lee (R-UT), have for years now sought to monopolize employment-based green card categories by using them as a tool for their outsourcing business models.

Lee’s S. 386 ensures outsourcing firms such as Cognizant and Infosys, as well as giant tech conglomerates like Amazon and Facebook, have a green card system wherein only foreign workers on H-1B visas are able to obtain employment green cards by creating a backlog of seven to eight years for all foreign nationals.

This process would solidify that employment-based green cards only go to temporary foreign visa workers who have been imported to the U.S. by corporations to replace American workers, thus rewarding the employers of H-1B foreign workers.

Americans are often laid off in the process and forced to train their foreign replacements, as highlighted by Breitbart News. More than 85,000 Americans annually potentially lose their jobs to foreign labor through the H-1B visa program.