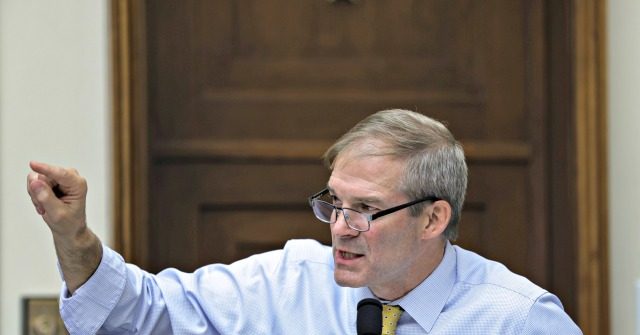 Jordan had just finished questioning Google CEO Sundar Pichai over the search engine’s bias against conservatives and whether he would commit to not interfering in the upcoming election to help Joe Biden.

Jordan responded, “We have the email, there is no fringe conspiracy,” in reference to an email by a Google employee discussing steps they had taken to boost Latino voter turnout in “key states” in 2016.

Subcommittee Chairman David Cicilline (D-RI) then began scolding Jordan for interrupting during Scanlon’s time to speak. Raskin then yelled to Jordan, “Put your mask on.”

Jordan fired back: “Mr. Raskin, you want to talk about masks? Why would the Deputy Secretary of the Treasury unmask Michael Flynn’s name?”

Jordan was referring to Raskin’s wife, Sarah Bloom Raskin, who was one of the Obama appointees who requested the unmasking of Flynn, who was the incoming national security adviser at the time.

“Mr. Raskin, you want to talk about masks? Why would the Deputy Secretary of the Treasury unmask Michael Flynn’s name?”

The Deputy Secretary of the Treasury who unmasked Flynn was Raskin’s wife, Sarah Raskin…pic.twitter.com/ncvjGHU4Ha

Raskin’s wife’s name was on a list of people released by Republicans in May who had requested the unmasking of Flynn dozens of times between the 2016 election and Trump’s inauguration.