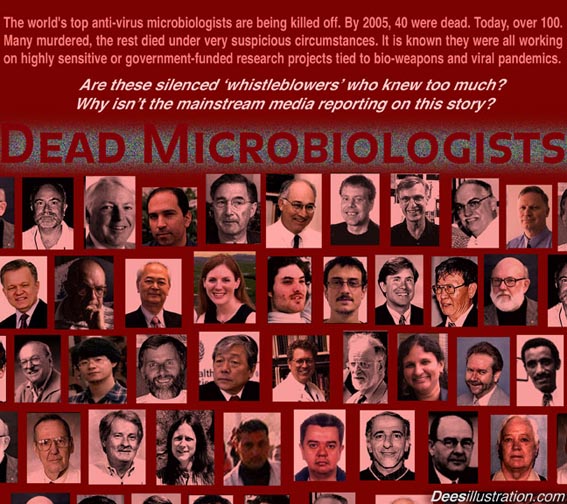 When I was at school, we were asked in an English class to write a fictitious obituary for somebody we knew. One very thoughtful girl chose to write one about yours truly and this is what she wrote:

“Never once did what he was told and loved every minute of his lifelong, fearless disobedience of all forms of totalitarian authority.”

To be honest, I really haven’t thought about it since the day she read it out in class to howls of knowing laughter [including my own]. Despite having gone on to live the life of anarchic recalcitrance which she so sagely predicted.

Then, yesterday morning, I visited two local shops without a pair of underpants on my face, where I smiled from ear to ear at everybody, whether they were masked or unmasked.

As I stood in the queue at the first checkout, I was reminded of deliberately running up the school corridors, just because the power-crazed hall monitors were ordering everybody to walk.

Which is what led to the recall of the fictitious obituary exercise, on the basis that COVID-1984 is what happens when we allow totalitarian hall monitors to rule the world.

In both cases, there was no way I was going to obey an arbitrary rule just because some ‘authority figure’ said so.

Nor were there any adverse consequences of my flagrant disobedience of the respective authoritarian dictates, whilst nobody suffered any harm, injury, damage or loss in the process.

However, yesterday’s disobedience was somewhat akin to that of Robert Duval’s character in Coppola’s harrowing film, Apocalypse Now, when he refused to wear a helmet to protect himself from the missiles he and his men were being bombarded with on a Vietnam beach.

The reasons his character did so were because it has been known throughout the ages that the first soldiers to fall in battle are those paralyzed by fear or cowardice and because a helmet is not going to help you in any event, if a missile hits your head.

Whereas, it is also universally accepted that fearlessness is the greatest weapon a soldier can possess because it is something which all battle-hardened survivors have. Duval’s character’s refusal to follow orders and wear a helmet is symbolic of that fearlessness.

This is somewhat analogous to the increasingly widespread refusal to wear a pair of underpants on the face during COVID-1984.

Which is symbolic of the refusal to fear the consequences of disobeying totalitarian government dictates that are founded upon obvious falsehoods.

One being that a mask offers protection from the government lurgy, another that there is a lurgy to catch in the air that we breathe.

Yet another lie is the one about Hydroxychloroquine not being a viable allopathic treatment for chronic COVID symptoms, as is passionately explained by the courageous Dr Stella Immanuel in the heavily censored video below, taken from America’s Frontline Doctors’ press conference two days ago.

Having said that, a natural remedy such as Vitamin C and Zinc supplements with Quercitin [the active ingredient in onions], which has anecdotally been used to wipe out the same symptoms, without any of the potential side-effects of using pharmaceuticals like Hydroxychloroquine, will always be preferable.

Especially when the government lurgy is fake, but the very real symptoms of it are identical to the non-ionising radiation sickness caused by the 5G roll-out, which just so happened to coincide with the scamdemic.

However, the very fact that the content released this week on Facebook, YouTube and Twitter by America’s Frontline Dotctors has been so brutally and immediately censored, after gaining millions of views, is enough to conclude that Big Pharma does not want people to hear what these doctors have to say because it clashes with the vaxxtermination agenda.

On the balance of probabilities, a Big Pharma Bolshevik Coup, bought and paid for by Bill Gates and the vaxxtermination industry, has taken place in Britain, under the smokescreen of Brexit.

If the year from EU Exit Day [on January 31st 2020] was a local by-election, the only candidate is Bill Gates, the returning officer is GAVI, the sole voter is his wife and the vote is being counted by the Gates Foundation, under the supervision of the Gates-controlled WHO.

Their manifesto is simple – reduce the world’s population by up to 95% by injecting everybody with genetically modifying, sterilizing, cancer-causing, neurologically toxic poison, the full effects of which can take up to six years to materialize, in those who survive to take another DNA-altering shot in the arm.

Nevertheless, if vaccines really did what Big Pharma controlled government claims, Anti-Vaxxers would be regarded as nothing more than a danger unto themselves.

The fact that Anti-Vaxxers are now the #1 target of government propaganda, which tags them as a danger to the vaccinated, is actually an implicit admission that vaccines don’t protect people from anything.

In other words, Pro-Vaxxers have defeated their erroneous argument with their own illogical rhetoric, so they are forced to resort to ad hominems such as calling Anti-Vaxxers “nuts”.

However, Parliament immediately forfeited its legitimacy and mandate when it purported to make the government unaccountable to The People, by way of the enactment of the unlawful Coronavirus Act 2020, which suspended elections indefinitely.

This means that the government has no legitimate authority under Common Law to govern the electorate.

Especially when it appears that Parliament has deposed the monarch, set aside the Common Law and now acts as if it has the divine right to rule by edict or decree, by way of section 38 of the final Brexit bill, about which I will write in a forthcoming post.

If that proves to be the case, it’s no wonder that, while standing accused of the grossest treason since the Glorious Revolution in 1688, the UK government is seeking to redefine the treason laws.

Nevertheless, Big Pharma is already waging war against The People, which it has been covertly prosecuting at an intergovernmental level for decades, under the auspices of the bankster-controlled United Nations and Sustainable Development Agendas 21 and 30.

So it’s way past time The People stood up to fight back against clear and present genocide, when so many have already been euthanised during COVID-1984, in accordance with Big Pharma driven government policy and in abject breaches of the Common Law.

No matter who you are, to go along with this criminal agenda is to collaborate with the mortal enemy of us all, even if fear or ignorance are the excuses given to justify such cowardly subservience.

In other words, when you wear a mask it is nothing but a symbol of your collaboration with Big Pharma’s agenda, which threatens the very future of humanity.

Which, just like a psychopath, the government accuses Anti-Maskers and Anti-Vaxxers of doing, when that is a total inversion of the truth. Just like everything else they have claimed to justify their myriad of crimes against The People.

Now is therefore the time to remove treasonous Big Pharma puppets from government, the civil service and academia, before the truth about vaccines is censored out of existence on the internet and speaking out against the genocidal agenda is held to be a crime.

This can be peacefully achieved by issuing criminal proceedings against all who took money from Gates to adopt his mandatory vaxxtermination program, at the expense of everything that’s good in this world.

For the purposes of which, a Grand Jury is about to convene to consider whether there is enough evidence to indict the accused of multiple counts of fraud, treason and genocide.

NHS Consultant Says Staff Are Being Silenced Over COVID-19

Parliament Appears To Have Deposed QEII of Sovereignty