SUPPORTING AMERICAN SUPPLY CHAINS: The Trump Administration is signing a Letter of Interest in support of a deal that will help ensure essential medicines are produced in America.

* The Trump Administration is signing a Letter of Interest supporting a deal to transform Kodak into a pharmaceutical company that can help produce essential medicines in the United States.
* When the deal is final, the CEO of the U.S. International Development Finance Corporation (DFC) will use his delegated Defense Production Act (DPA) loan authority to provide a $765 million loan to launch Kodak Pharmaceuticals, which will create at least 360 jobs.

* With this loan, the company can build the capacity to produce essential medicines that have lapsed into chronic national shortage.
+ Once fully operational, Kodak will have the capacity to produce 25% of the generic active pharmaceutical ingredients necessary for all non-biologic and non-antibacterial pharmaceuticals used in the United States.
* Kodak will work with the Administration and drug product manufacturers to identify the products that are most needed to meet national security requirements.

INVESTING IN CRITICAL INDUSTRY: President Trump has taken bold action to ensure that Americans are no longer reliant on foreign countries for critical, generic medications.

* President Trump is working to ensure that America produces the critical goods necessary to combat COVID-19 here at home.
* Thanks to President Trump’s actions, the CEO of the DFC—formerly the Overseas Private Investment Corporation—is now using DPA loan authority delegated by the President to invest in America in addition to its work overseas.
* DFC is working with the private sector to address critical issues facing our Nation, particularly the issue of how we can bring pharmaceutical manufacturing back to the United States.
+ Only a small proportion of generic active pharmaceutical ingredients are actually manufactured in the United States, and the majority come from India and China.
* American reliance on foreign countries for critical, generic drugs is not sustainable and leaves the American people incredibly vulnerable.
* President Trump’s actions reflect his commitment to ending America’s dangerous reliance on foreign countries for vital drugs.

LEVERAGING THE PRIVATE SECTOR: President Trump has leveraged the power of the private sector to fight COVID-19 and provide Americans with the resources they need.

* President Trump has effectively leveraged the DPA to mobilize the private sector and secure massive amounts of personal protective equipment and ventilators.
* The Administration has taken 33 DPA actions totaling almost $3.2 billion to provide critical support for essential medical resources and our defense industrial base.
* The President has used the DPA to contract with companies like General Electric, Honeywell, Puritan, and 3M to ramp up production of ventilators, swabs, and masks.
* The Trump Administration has partnered with the private sector to speed vaccine and therapeutic research, while preparing for the mass production of a safe, effective vaccine. 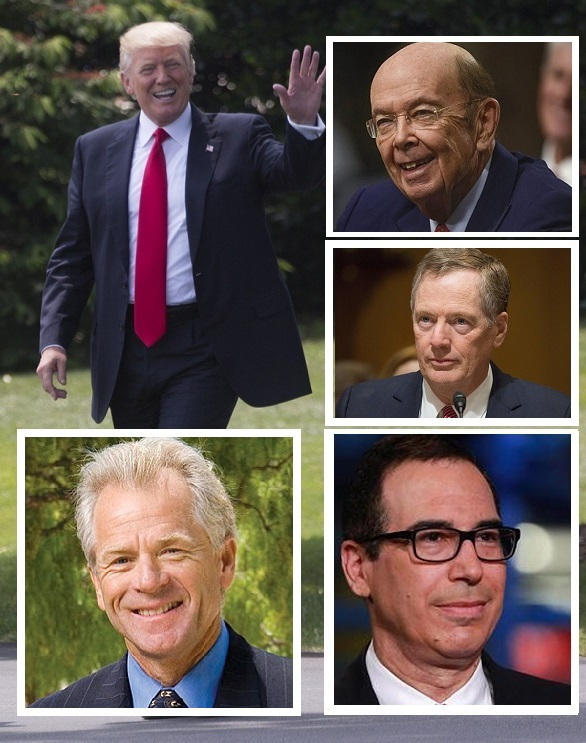 Civil War, Medical Discrimination, Spy Satellites and Cyborgs! How 2021 Could Make Us Yearn for 2020

The January 8th Phone Call Pelosi Made Is A Total Perspective Twist!

Harvard Prof: CDC’s Guidelines Would Close Schools That Are Open, If They’re Followed, ‘Kids Are Not Getting Back’