Maria Farmer was the 1st and only Jeffrey Epstein / Ghislaine Maxwell victim who reported to the FBI (back in 1996). Epstein & Maxwell procured Maria’s sister Annie for the pedophile blackmailing operation they ran for Military Intelligence.

Ari Ben-Menashe worked for Israeli Military Intelligence and was prosecuted over the Iran-Contra affair. Ari worked with Ghislaine Maxwell’s father and was privy to Maxwell’s assassination by Israeli Intelligence.

Here are some key points made by Maria Farmer and Ari Ben-Menashe whose testimonies vindicate my own:

Key points Maria Farmer and Ari Ben-Menashe stated during her interview support the overview of the CIA-coordinated global child trafficking operation I experienced as a child and described in my book EYES WIDE OPEN. I first published my book online in June 2019. You may download it for free by clicking on this LINK.

While I am dismissed by mainstream media and the popular alternative media agents – my book is being downloaded 1000+ times per day. This is because every week, information emerges to validate and vindicate my previously ‘crazy’ claims. Perhaps now critics might do well to rethink my testimony instead of dismissing me as ‘nuts.’ Re-examine what I said about being sex trafficked to Billy Graham at Bohemian Grove at age 6, CNN founder Ted Turner at Disneyland, and Meryl Streep at age 14 years. Rethink my claim that US Military Intelligence recruited and trained foreign high IQ 6-year-olds to serve with Delta Force at age 14 years.

Here are the relevant interviews:

Here is a summary of Maria Farmer’s interview: 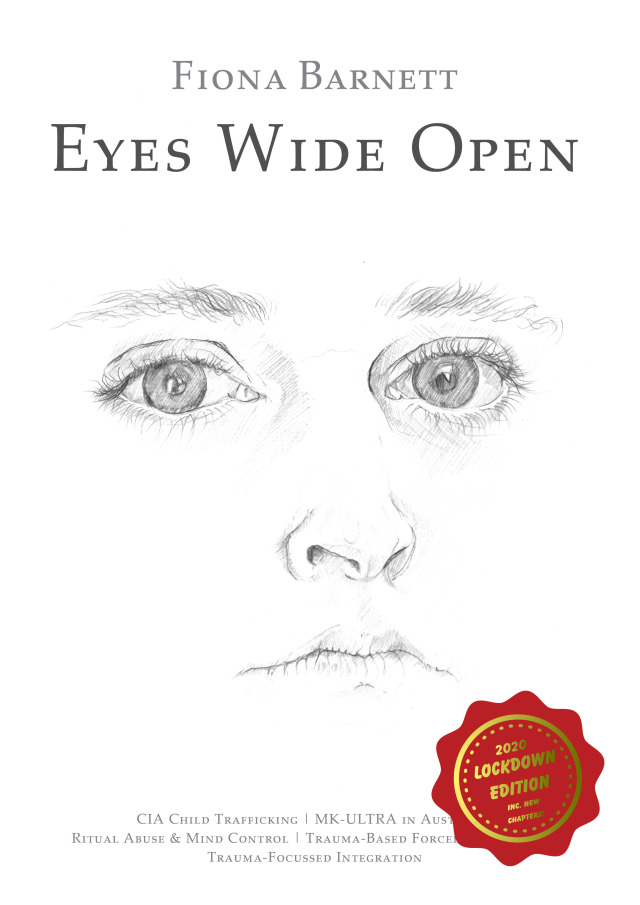