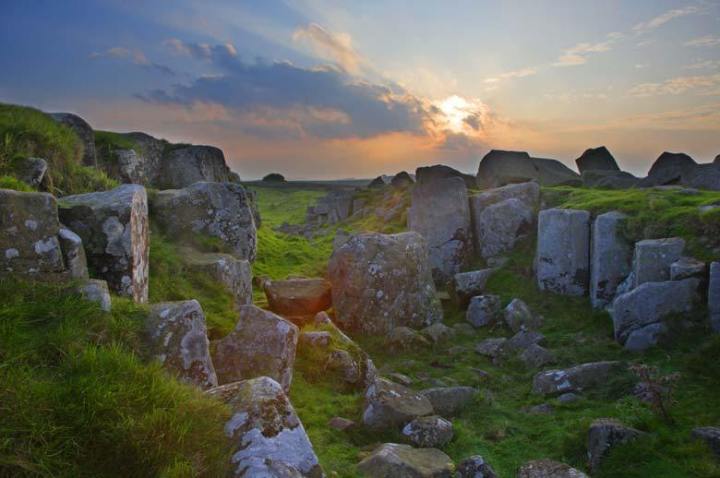 Let it be known by all concerned, interested and affected parties, that the following declaration is made by and for the Sovereign People of Britain [the People], in the absence of a legitimate Parliamentary democracy or lawful governance, following the constitutionally repugnant subjugation of the People to the dictates of unaccountable government and a demonstrably fraudulent and genocidal agenda.

Wherefore, given that since the enactment of the European Communities Act 1972, the UK Parliament has committed the following Common Law wrongdoings against the People:

2. Permanently denied the People the rights to bear arms, be presumed innocent until proven guilty, to exercise their conscience and to remain silent.

3. Emphatically failed to keep criminals off British streets and to protect an unlawfully disarmed populace from an epidemic of violent crime.

6. Facilitated the enforcement of millions of fraudulent mortgage possession claims by forbidding a complicit judiciary from ruling fraud against any UK bank or making any serving MP bankrupt.

7. Caused the frequently brutal and violent unlawful evictions of more than 3 million people over the last three decades alone, often with the assistance of the police.

8. Constructed a total surveillance state which prevents the enjoyment of a private family life.

9. Licensed the poisoning of the air, water and food supplies, as well as caused the destruction of the farming, fishing and manufacturing industries.

10. Conspired with foreign powers to implement the genocidal United Nations agendas 21 and 30 at a local government level, under the guise of ‘Sustainable Development Goals’.

11. Enacted the Coronavirus Act 2020, which purported to suspend the legal rights guaranteed to every Briton by the Common Law, whilst legalising mandatory vaccination and the falsification of death certificates, in addition to suspending the democratic right to remove the government from office.

12. Decreed the unlawful house arrest of every Briton, imposing draconian regulations which resulted in tens of thousands of deaths and the destruction of the national economy and a vast number of small to medium businesses.

For the purposes of restoring the rights and protections guaranteed by the Common Law, it is hereby reaffirmed that Sovereignty is vested in the People, who are naturally endowed at birth with the following unalienable rights, which no government has the authority to suspend or impede:

1. The rights to self-determination, both as individuals and collectively.

2. The right to be presumed innocent of any crime or civil offence, until proven guilty before a jury of their peers.

3. The right to bear arms and defend themselves, their family, property and community, from unlawful acts of aggression and theft, with all reasonable force necessary.

4. The rights to exercise their conscience whenever necessary and to remain silent.

5. The rights to a private family life, freedom of expression and religious freedom.

6. The right to live freely in an unpolluted environment, with unrestricted access to clean air, water and food.

7. The rights of free assembly and the lawful dissent and protest of injustices.

8. The right to come and go as they please, without unwarranted intrusion, harassment, surveillance or delay.

9. The right to declare any unconstitutional law or treaty unlawful by unanimous Common Law Grand Jury.

10. The right to depose criminal governments by any lawful means necessary, including the Unilateral Declaration of a properly convened Common Law Grand Jury.

11. The rights of autonomy in the conduct of every aspect of their lives, within the boundaries set by the Common Law, as restored by the lawful execution this declaration.

12. The rights to contract and conduct any lawful business and to trade in any lawful currency of their choosing, without government interference, licensing or taxation.

13. The right to seek a Grand Jury order that the police and the military arrest, detain and charge criminal government officers for Common Law crimes against the People.

15. The right to claim Lawful Excuse in performing or refusing to perform any act or deed their conscience dictates, even if they are wrong and/or such a course of action is prohibited by law, as per the seminal Common Law precedent, Chamberlain v Lindon.

16. The right to convene Common Law courts, where every case, both civil and criminal, is heard and decided by a Common Law jury, upon its merits.

This declaration has been drafted in the genuine hope that everybody, from wheresoever they come, will one day soon be able to live their lives, on these shores and everywhere else, according to our ancient Universal Maxim of Common Law:

Cause no harm, injury, damage or loss, but defend yourself, your family, your community and your property with all reasonable force necessary, from those who seek to do you wrong.

We solemnly swear that we have Lawful Excuse to take this course of action in defence of the rights and protections of the Common Law governing the British Isles, having witnessed our beloved homeland being subjected to the most treasonous government crimes against the People, it is with sound mind and sincere hearts that we are compelled to declare that we revoke our consent, whether express of implied, to be governed under the laws of any Parliament which has made the government unaccountable to the People and in so doing forfeited their legitimacy under the Common Law; and that we are seeking a Unilateral Declaration from a Common Law Grand jury that Magna Carta 2020 must from henceforth be held to be the law of our homeland, which we will do our utmost to uphold, apply and preserve.

This draft of Magna Carta 2020 will be presented to a Common Law Grand Jury by the initiating signatories to the Declaration of Rights at the earliest opportunity.

In the event it is declared that the declaration is sufficient for the purposes of restoring the Common Law, Magna Carta 2020 will nullify the illegitimate UK government and Parliament, for abject breaches of Articles 1 and 2 of the Declaration of Rights 1688 and the Bill of Rights 1689.

Please spread the word far and wide – the antidote to COVID-1984 is Magna Carta 2020 and the new Declaration of Rights.

Time to stand up and fight for what’s right to #KeepBritainFree.