A rather odd situation all things considered.  A FISA Court opinion, based on 702 modifications and submissions to the court from the DOJ, dated December 6, 2019, has been released to the public (release date Sept. 4, 2020) [pdf link]. 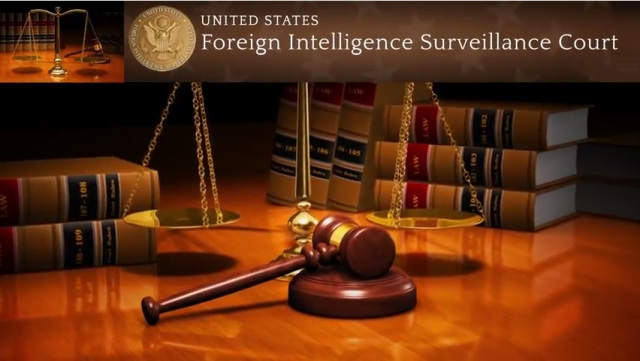 The opinion date is December 6, 2019, which was three days before the IG report was released on December 9, 2019…. which sets up an interesting situation. This report is based on the DOJ and intelligence equity holders (DOJ, FBI, NSA and NCTC) telling the FISA court what compliance modifications they had made to the FISA 702 process.

The “702” topic relates to the electronic communication of American citizens. “702” is literally the designation for a process that intersects with an American, at home or abroad,  who is protected from warrantless searches and seizures by the fourth amendment.  By now everyone is a little more familiar with the FISA-702 importance.

The primary issues involve intelligence gathering by DOJ, FBI and the National Counter-terrorism Center (NCTC), and exploitation of electronic metadata searches that capture the communication and private information of American citizens without a search warrant.   This 702 issue has been the subject of multiple efforts (albeit some rather obtuse refinements) by the U.S. intelligence apparatus to be in compliance with the legal restrictions and protections afforded by the fourth amendment.   So far, no process put into place has been effective at stopping the abuse.

In my opinion there is a way to stop the abuse through punishment for unlawful exploitation of the system by intelligence users; literally put legal consequences as the teeth within the compliance system and jail users who violate collection and minimization rules.  However, congress and the intelligence community, writ large, have refused to put legal accountability into the process.

While the 702 database search query issue is not directly attached to the fraudulent FISA application used against Carter Page, this December 6, 2019, FISC opinion is literally three days before IG Michael Horowitz told the FISA court about the wrongdoing and misconduct in the four Carter Page FISA application submissions.  Anyone who is concerned about the abuse of the fourth amendment should review these reports to gain a better understanding of the scale and scope of a Pandora’s box process.

I’m slowly going through the 2019 report/opinion because often prior reports (the redacted stuff) are reconciled in new releases.  Example: One previously held back component is this new admission about NCTC exploits:

One of the key elements and purposes of the FISA opinion can be captured on page #17 of the report: 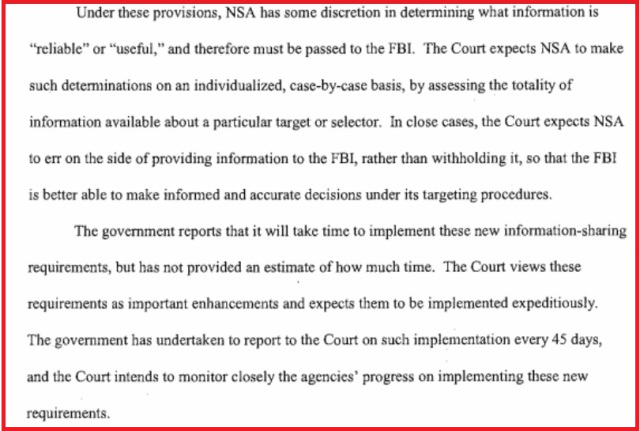