The incident occurred in the afternoon of October 3, when a commercial van approached the checkpoint. During the immigration inspection of the driver and front seat passenger, a Service canine alerted to the vehicle. The vehicle was referred to secondary inspection where agents discovered several tape-sealed boxes in the van’s cargo area. Upon opening the boxes, 13 individuals were found hidden inside.

They were medically screened, but were not in need of further medical attention. The ambient temperature in the van was recorded as being 95 degrees Fahrenheit. The 13 individuals were determined to be illegally in the United States from the countries of Mexico, El Salvador, Honduras, and Ecuador. They were placed under arrest along with the U.S. citizen driver and passenger pending further investigation. The rental vehicle used was towed at the owner’s expense.

None of the individuals were wearing any personal protective equipment while concealed in the cardboard boxes.

Laredo Sector Chief Patrol Agent Matthew J. Hudak said, “Once again we have seen a criminal human smuggling case in which smugglers packed illegal aliens inside enclosed containers, this time boxes. These inhumane conditions are totally contrary to every practice that our country is following to prevent the spread of COVID-19 and puts our agents and community at risk of infection.” 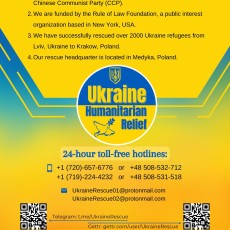