A group of 100 prominent Orthodox Jewish rabbis across the country are demanding Amazon CEO Jeff Bezos to terminate the company’s relationship with the Southern Poverty Law Center (SPLC), and are condemning the left-wing legal non-profit for descending into “hateful conduct itself.”

The letter, first reported by Fox News, takes particular aim at the group’s “hate map,” declaring it “uniquely detrimental and even dangerous to the Jewish community” while calling on the tech giant to cease its use in determining legitimate charities versus “hate groups” on the company’s AmazonSmile feature, which allows customers to donate 0.5 percent of their purchase on eligible items to charities of their choice.

“The SPLC ‘hate map’ list evidences an agenda-driven standard for ‘hate groups’ which is unfair, unreasonable, and biased,” the rabbis explain in their Sept. 1 letter, going on to concede that while the SPLC does not explicitly denigrate the Bible or other religious texts, “it frequently vilifies groups based upon nothing more than their advocacy for biblically based beliefs about sexual and family ethics that were uncontroversial a generation or two ago.”

“Notably,” the group wrote, “groups which falsely paint others as ‘homophobic,’ ‘transphobic,’ and ‘bigoted’ simply for retaining traditional beliefs are not categorized as hateful by the SPLC.”

The rabbis also point out the SPLC’s blind eye turned towards groups allied with international terrorist organizations which “openly glorify murder under the guise of ‘resistance,’ and frequently descend into clearly anti-Semitic expression.”

“The SPLC specifically avoids identifying radical Islamic groups as the leading source of modern-day anti-Semitic violence, instead identifying anti-Semitism as characteristic of a variety of supremacist and separatist groups that does not include radical Islam or Islamic terror organizations,” the rabbis wrote.

Bezos has been pressed on the company’s work with the SPLC before, which in 2018 booted Alliance Defending Freedom (ADF) from its donations program because of the SPLC’s designation of the conservative Christian organization as an anti-LGBT extremist group. ADF, the group that defended the rights of a cake shop owner to deny an expressive service to a same-sex couple before the Supreme Court and won, still appears to be blacklisted from the Amazon charity platform years after appealing the decision.

“ADF met with Amazon in 2018 and explained that SPLC is politically biased and unreliable,” the group’s Senior Counsel and Senior Vice President Jeremy Tedesco told The Federalist. “Amazon officials seemed willing to make changes to AmazonSmile but ultimately went dark. But with Amazon shareholders, members of Congress, and Jewish leaders recently urging Amazon to cut ties with SPLC, we are hopeful that Amazon will finally make the right choice and end its discrimination against conservative and religious groups.” 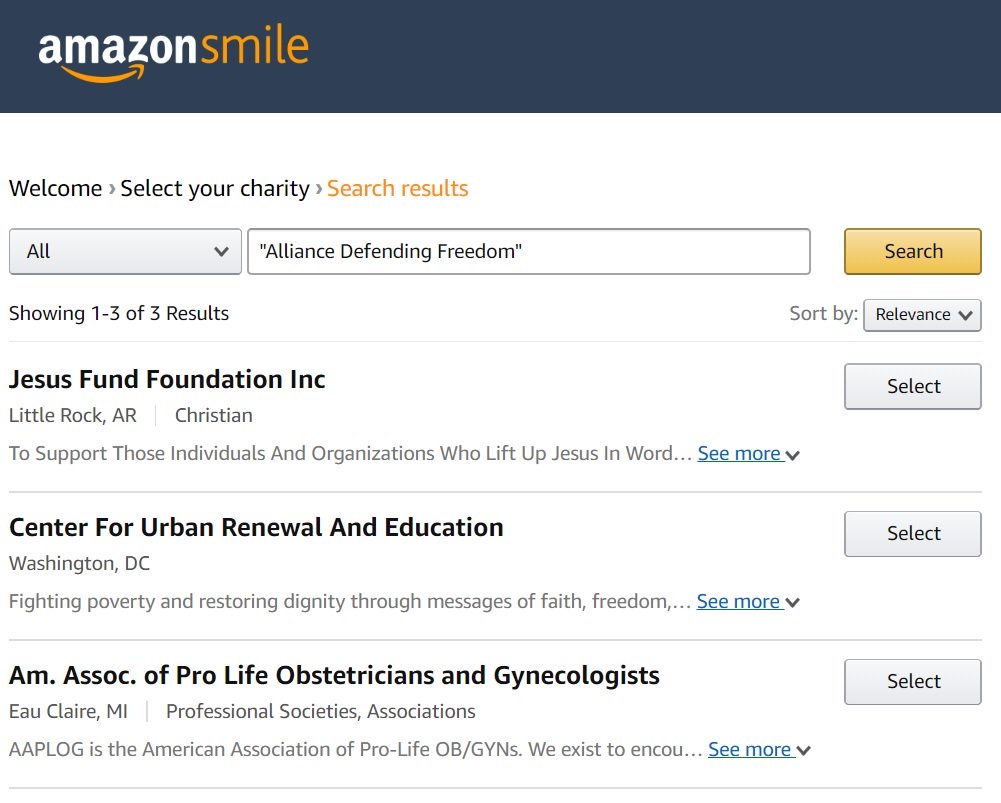 Type in Planned Parenthood on the other hand, and there is no shortage of clinics to donate. 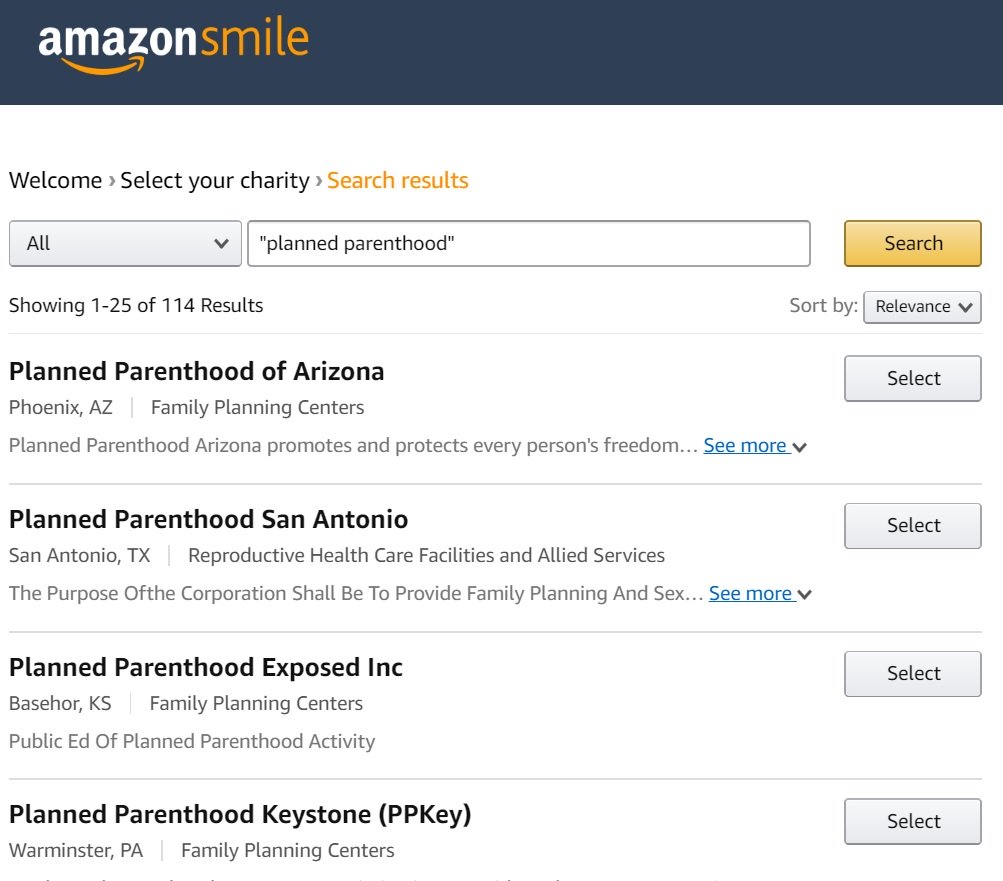 “We’re trying to make it possible for people to donate to any number of, from millions of different charities, and we need to have some sort of data to use,” Bezos said when pressed on Amazon’s reliance with the SPLC by Florida Republican Rep. Matt Gaetz during congressional testimony. “And, while I accept what you’re saying, that the Southern Poverty Law Center … [is] not perfect – and I would like a better source if we could get it – that is what we use today… I would love suggestions.” 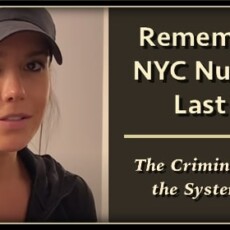 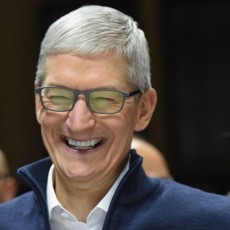 NYT: Despite Claims of Privacy Improvements, Big Tech Is Still Tracking Your Every Move